The Origin of Species by Means of Natural Selection / Or, the Preservation of Favoured Races in the Struggle for Life, 6th Editi 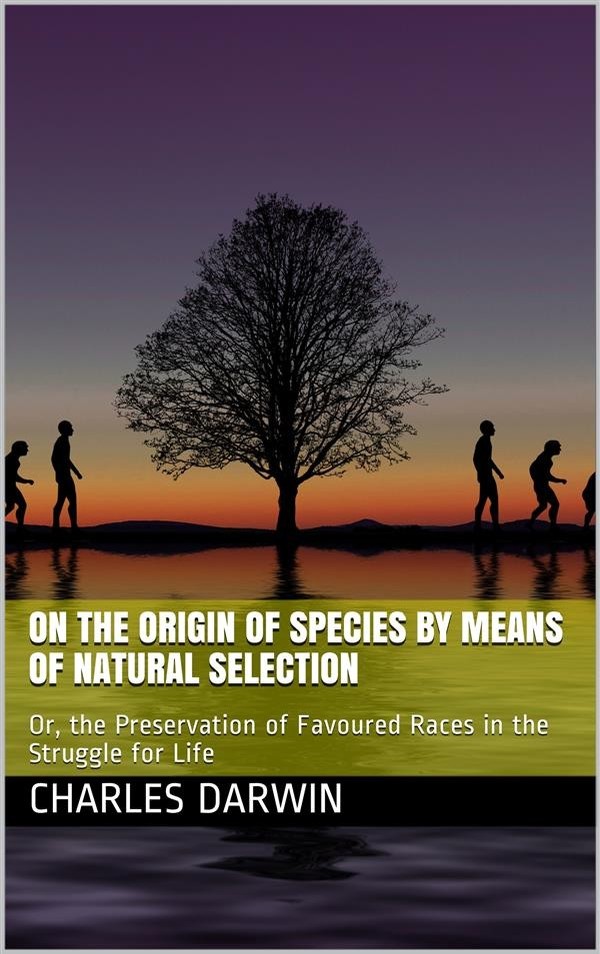 The Origin of Species by Means of Natural Selection / Or, the Preservation of Favoured Races in the Struggle for Life, 6th Editi

(This 6th Edition is often considered the definitive edition.)

On the Origin of Species (or more completely, On the Origin of Species by Means of Natural Selection, or the Preservation of Favoured Races in the Struggle for Life), published on 24 November 1859, is a work of scientific literature by Charles Darwin which is considered to be the foundation of evolutionary biology. Darwin's book introduced the scientific theory that populations evolve over the course of generations through a process of natural selection. It presented a body of evidence that the diversity of life arose by common descent through a branching pattern of evolution. Darwin included evidence that he had gathered on the Beagle expedition in the 1830s and his subsequent findings from research, correspondence, and experimentation.

Various evolutionary ideas had already been proposed to explain new findings in biology. There was growing support for such ideas among dissident anatomists and the general public, but during the first half of the 19th century the English scientific establishment was closely tied to the Church of England, while science was part of natural theology. Ideas about the transmutation of species were controversial as they conflicted with the beliefs that species were unchanging parts of a designed hierarchy and that humans were unique, unrelated to other animals. The political and theological implications were intensely debated, but transmutation was not accepted by the scientific mainstream.

The book was written for non-specialist readers and attracted widespread interest upon its publication. As Darwin was an eminent scientist, his findings were taken seriously and the evidence he presented generated scientific, philosophical, and religious discussion. The debate over the book contributed to the campaign by T. H. Huxley and his fellow members of the X Club to secularise science by promoting scientific naturalism. Within two decades there was widespread scientific agreement that evolution, with a branching pattern of common descent, had occurred, but scientists were slow to give natural selection the significance that Darwin thought appropriate. During "the eclipse of Darwinism" from the 1880s to the 1930s, various other mechanisms of evolution were given more credit. With the development of the modern evolutionary synthesis in the 1930s and 1940s, Darwin's concept of evolutionary adaptation through natural selection became central to modern evolutionary theory, and it has now become the unifying concept of the life sciences.

Darwin's theory of evolution is based on key facts and the inferences drawn from them, which biologist Ernst Mayr summarised as follows: