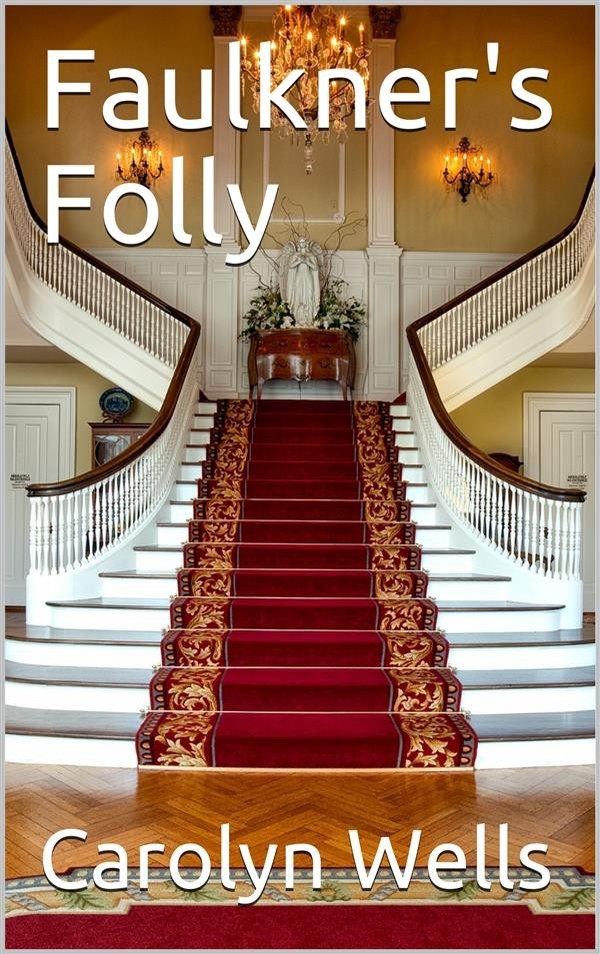 Faulkner’s Folly was the realised dream of the architect who had been its original owner. It was a perfect example of the type known in England as Georgian and in our own country as Colonial, a style inspired by the Italian disciples of Palladio, and as developed by Inigo Jones and Christopher Wren, it had seemed to James Faulkner to possess the joint qualities of comfort and dignity that made it ideal for a home. The house was enormous, the rooms perfectly proportioned, and the staircase had been the architect’s joy and delight. It showed the wooden wainscoting, which was handed down from the Jacobeans; broad, deep steps with low risers, large, square landings, newels with mitred tops and rather plain balusters. But the carved wood necessary to carry out the plans, the great problems of lighting, the necessity for columned galleries and long, arched and recessed windows, together with the stupendous outlay for appropriate grounds and gardens, overtaxed the available funds and Faulkner’s Folly, in little more than two years after its completion, was sold for less than its intrinsic value.

The lights go out in the studio of wealthy artist Eric Stannard. When they come on a moment later, the artist is dead, his heart pierced by an etching needle. But who is the murderer? The artist’s wife, jealous of her husband’s young model? The model, who felt pressured by the unwanted attentions of the artist? The artist’s son, who was in love with the model? Or the neighbor, who was in love with the artist’s wife? An impossible crime for which Alan Ford must find a solution in Faulkner’s Folly a classic Carolyn Wells mystery.