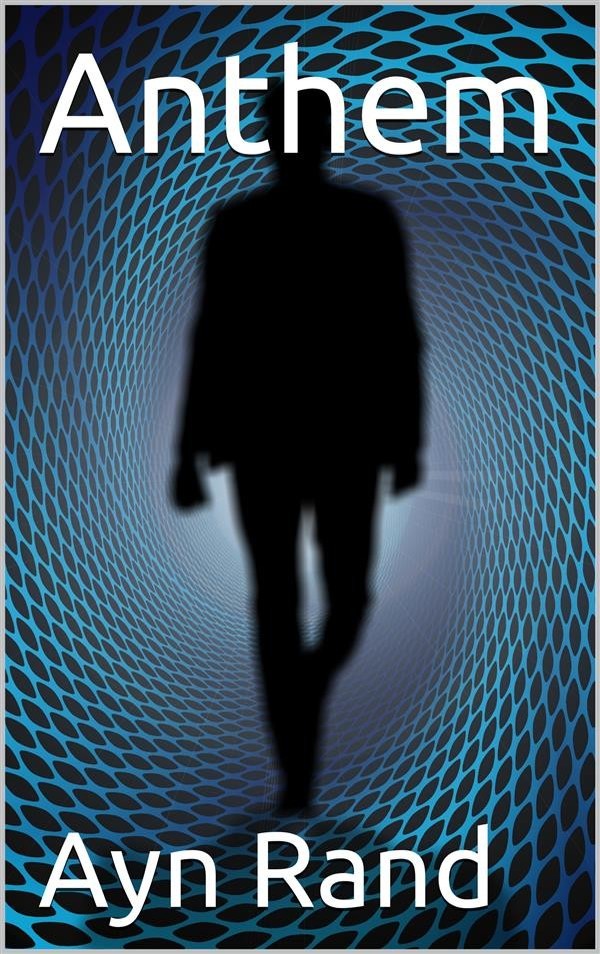 Anthem is a dystopian fiction novella by Russian-American writer Ayn Rand, written in 1937 and first published in 1938 in the United Kingdom. The story takes place at an unspecified future date when mankind has entered another Dark Age. Technological advancement is now carefully planned and the concept of individuality has been eliminated. A young man known as Equality 7-2521 rebels by doing secret scientific research. When his activity is discovered, he flees into the wilderness with the girl he loves. Together they plan to establish a new society based on rediscovered individualism.

Equality 7-2521, a 21-year-old man writing by candlelight in a tunnel under the earth, tells the story of his life up to that point. He exclusively uses plural pronouns ("we", "our", "they") to refer to himself and others. He was raised like all children in his society, away from his parents in collective homes. He believes he has a "curse" that makes him learn quickly and ask many questions. He excels at the Science of Things and dreams of becoming a Scholar, but when the Council of Vocations assigns his Life Mandate, he is assigned to be a Street Sweeper.

Equality 7-2521 accepts his street sweeping assignment as penance for his Transgression of Preference in secretly desiring to be a Scholar. He works with Union 5-3992 and International 4-8818, who is Equality's only friend (which is another Transgression of Preference). Despite International's protests that any exploration unauthorized by a Council is forbidden, Equality explores a tunnel and finds metal tracks. Equality believes the tunnel is from the Unmentionable Times of the distant past. He begins sneaking away from his community to use the tunnel as a laboratory for scientific experiments. He is using stolen paper to write his journal.

While cleaning a road at the edge of the City, Equality meets Liberty 5-3000, a 17-year-old Peasant girl who works in the fields. He commits another transgression by thinking constantly of her, instead of waiting to be assigned a woman at the annual Time of Mating. She has dark eyes and golden hair, and he names her "The Golden One". When he speaks to her, he discovers that she also thinks of him. He reveals his secret name for her, and Liberty tells Equality she has named him "The Unconquered".

Continuing his scientific work, Equality rediscovers electricity. In the ruins of the tunnel, he finds a glass box with wires that gives off light when he passes electricity through it. He decides to take his discovery to the World Council of Scholars; he thinks such a great gift to mankind will outweigh his transgressions and lead to him being made a Scholar. However, one night his absence from the Home of the Street Sweepers is noticed. He is whipped and held in the Palace of Corrective Detention. The night before the World Council of Scholars is set to meet, he easily escapes; there are no guards because no one has ever attempted escape before. The next day he presents his work to the World Council of Scholars. Horrified that he has done unauthorized research, they assail him as a "wretch" and a "gutter cleaner" and say he must be punished. They want to destroy his discovery so it will not disrupt the plans of the World Council and the Department of Candles. Equality seizes the box, cursing the council before fleeing into the forest that lies outside the City.