Tom Swift and His Air Scout; Or, Uncle Sam's Mastery of the Sky 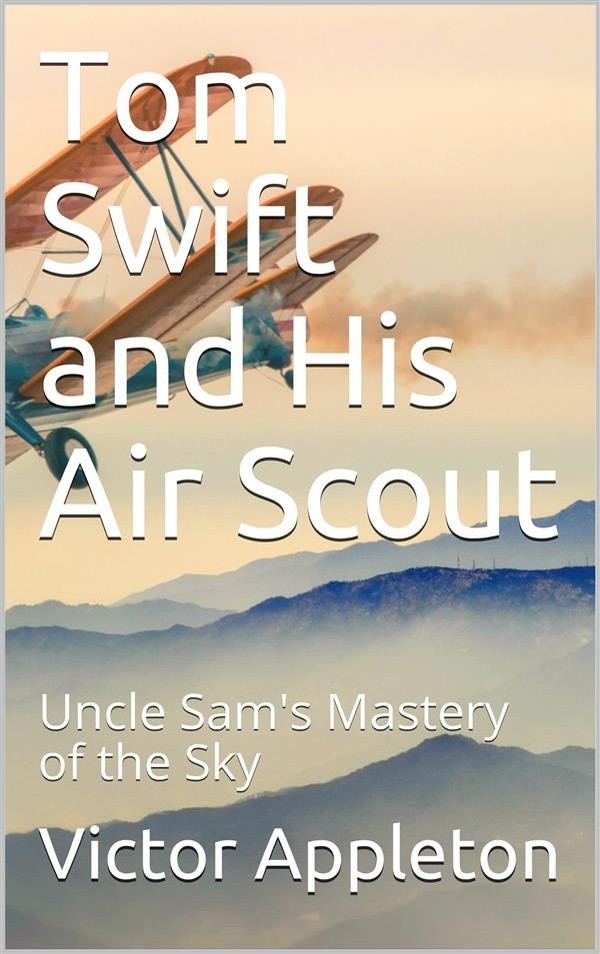 Tom Swift and His Air Scout; Or, Uncle Sam's Mastery of the Sky

Tom Swift and His Air Scout, Or, Uncle Sam's Mastery of the Sky, is Volume 22 in the original Tom Swift novel series published by Grosset & Dunlap.

World War I still rages on in Europe, and Tom Swift is still inventing wartime technology, but inspiration comes in the form of infatuation: while taking Mary Nestor for a brief flight, he is unable to communicate due to the noise of the engine, which sets Tom onto the track of developing a totally silent airship. While Mary Nestor was the spark, Tom intends to offer this to the United States government for use on the western front.

While this is still a germ of an idea, Tom is approached by Mr. Gale and Mr. Ware, representatives of the Universal Flying Machine Company, a competing airship manufacturer. Tom is offered a lucrative salary to join the firm, but Tom is uninterested in the money. Tom's refusal infuriates the men, and events are set in motion, which include the (accidental) kidnapping of Mr. Nestor, Mary's father.

Tom builds a special silencer for airship engines. The silencer consists of several components: a new type of propeller, retooling the engine compression, but most importantly, a new type of muffler. The muffler system is simply described as a series of baffles. The end result is an airship which produces no discernible noise, to be used on scouting missions in the war.

Tom Swift’s invention, this time around, is a soundless aircraft which he calls his “Air Scout”. Later in the story he changes the name to “Silent Sam”. In some stories, Tom’s inventions are prescient but in others the science is a bit off and Tom’s method for muffling the sound of the engine and propeller has been shown by history to be untenable. It would be a pretty neat invention for spying missions during wartime. As with every Tom Swift story there is a rival interest and as happens, more often than not, they manage to get a spy into the Swift compound. The Swift compound must be the most porous secret research lab in the history of mankind. Tom Swift has a mechanical malfunction while testing his plane not once, not twice but THREE times. These themes are repeated in book after book after book. The only thing unique in this book is the disappearance of Mary Nester’s father.