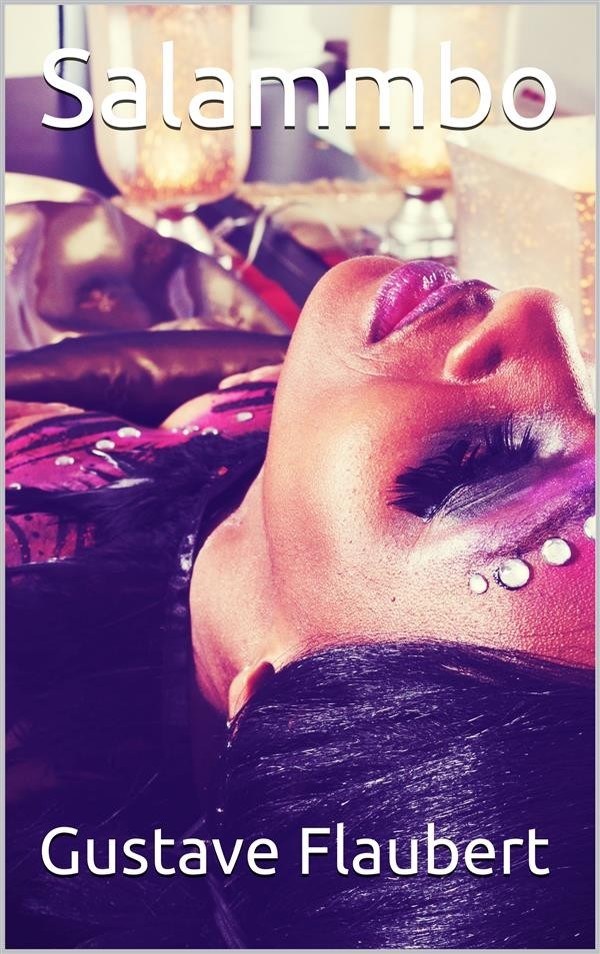 Salammbô (1862) is a historical novel by Gustave Flaubert. It is set in Carthage during the 3rd century BCE, immediately before and during the Mercenary Revolt which took place shortly after the First Punic War. Flaubert's main source was Book I of Polybius's Histories. The novel kickstarted a renewed interest in the history of pre-Imperial Rome's conflict with the North African Phoenician colony of Carthage.

Contemporary readers, familiar with Flaubert's previous realistic work, Madame Bovary, were shocked and, in some instances, appalled by the indiscriminate violence and sensuality prevalent throughout the novel, which is why, notwithstanding the praise it received for its style and story, Salammbô remains controversial in literary circles to this day. Nevertheless, it was a massive best-seller, which sealed the author's reputation as one of the most prominent French writers of the 19th century, with even some of the Carthaginian costumes described influencing contemporary French fashion. Since then, however, it has fallen into obscurity in much of the Anglophone world.

After the First Punic War, Carthage is unable to fulfill promises made to its army of mercenaries, and finds itself under attack. The fictional title character, a priestess and the daughter of Hamilcar Barca, the foremost Carthaginian general, is the object of the obsessive lust of Matho, a leader of the mercenaries. With the help of the scheming freed slave, Spendius, Matho steals the sacred veil of Carthage, the Zaïmph, prompting Salammbô to enter the mercenaries' camp in an attempt to steal it back. The Zaïmph is an ornate bejewelled veil draped about the statue of the goddess Tanit in the sanctum sanctorum of her temple: the veil is the city's guardian and touching it will bring death to the perpetrator.

Chapter 1. "The Feast". During a victory banquet, the mercenaries destroy Hamilcar's garden for sport in his absence. Hamilcar's daughter Salammbô tries to quell the riot. Matho falls in love with her. The slave Spendius is released, and he tries to persuade Matho to take Carthage for the mercenaries.
Chapter 2. "At Sicca". The mercenaries leave the city unpaid and travel to Sicca. Later, Hanno comes and speaks to the mercenaries about delays in recompensing them, but he is driven off when Zarxas arrives and tells them of a treacherous massacre of 300 slingers who had stayed behind.
Chapter 3. "Salammbô". Hamilcar's daughter prays and is instructed by Schahabarim.
Chapter 4. "Beneath the Walls of Carthage". The mercenaries besiege Carthage; Matho and Spendius penetrate via the aqueduct.
Chapter 5. "Tanit". Matho and Spendius steal the Zaïmph. Because Matho is caught while breaking into Salammbô's bedroom to see her again, she falls under suspicion of complicity.
Chapter 6. "Hanno". The mercenaries leave Carthage and split into two groups, attacking Utica and Hippo-Zarytus. Hanno surprises Spendius at Utica, and occupies the city, but flees when Matho arrives and routs his troops.
Chapter 7. "Hamilcar Barca". The hero returns and an attempt is made to blame him for Hanno's losses. He defends himself before the Council and defends the mercenaries, but turns against the barbarians when he sees the damage they have done to his property.
Chapter 8. "The Battle of the Macar". Hamilcar defeats Spendius at the bridge of the Macar, three miles from Utica.
Chapter 9. "In the Field". Hamilcar's troops are trapped by the mercenaries.
Chapter 10. "The Serpent". Schahabarim sends Salammbô in disguise to retrieve the Zaïmph.