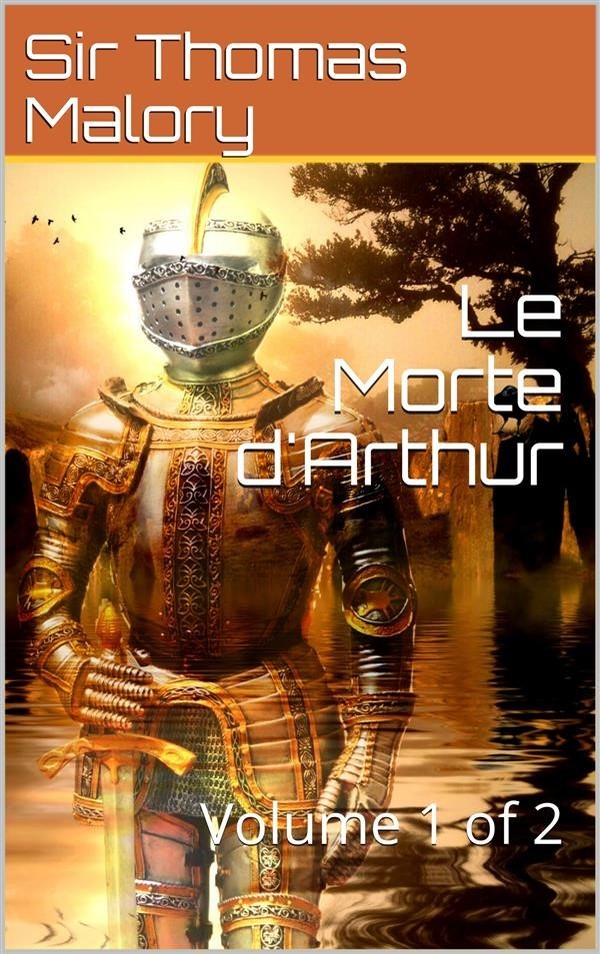 King Arthur and of his Noble Knights of the Round Table


Le Morte d'Arthur (originally spelled Le Morte Darthur, Middle French for "The Death of Arthur") is a reworking by Sir Thomas Malory of existing tales about the legendary King Arthur, Guinevere, Lancelot, Merlin, and the Knights of the Round Table. Malory interpreted existing French and English stories about these figures and adds original material (e.g., the Gareth story). Malory's actual title for the work was The Whole Book of King Arthur and His Noble Knights of the Round Table (The Hoole Book of Kyng Arthur and of His Noble Knyghtes of The Rounde Table), but after Malory's death the publisher changed the title to that commonly known today, which originally only referred to the final volume of the work.

Le Morte d'Arthur was first published in 1485 by William Caxton and is today one of the best-known works of Arthurian literature in English. Until the discovery of the Winchester Manuscript in 1934, the 1485 edition was considered the earliest known text of Le Morte d'Arthur and that closest to Malory's translation and compilation. Modern editions are inevitably variable, changing spelling, grammar and pronouns for the convenience of readers of modern English. Many modern Arthurian writers have used Malory as their principal source.

Arthur is born to Uther Pendragon and Igraine and then taken by Sir Ector to be fostered in the country. He later becomes the king of a leaderless Britain when he removes the fated sword from the stone. Arthur goes on to win many battles against rivals and rebels due to his military prowess and the prophetic and magical counsel of Merlin (later replaced by Nimue), further helped by the sword Excalibur.

The first book also tells "The Tale of Balyn and Balan", of the treason of Arthur's sister Morgan le Fay, and of the begetting of Mordred, Arthur's incestuous son by one of his other sisters, Morgause (though Arthur did not know her as his sister). On Merlin's advice, Arthur takes every newborn boy in his kingdom and all but Mordred, who miraculously survivers and eventually indeed kills his father, perish at sea (this is mentioned matter-of-fact, with no apparent moral overtone). Arthur marries Guinevere, and inherits the Round Table from her father Leodegrance. He then gathers his chief knights, including some of his former enemies, at Camelot and establishes the Round Table fellowship as all swear to the Pentecostal Oath as a guide for knightly conduct.

In this first book, Malory addresses 15th-century preoccupations with legitimacy and societal unrest, which will appear throughout the rest of the work. According to Helen Cooper in Sir Thomas Malory: Le Morte D'arthur - The Winchester Manuscript, the prose style, which mimics historical documents of the time, lends an air of authority to the whole work. This allowed contemporaries to read the book as a history rather than as a work of fiction, therefore making it a model of order for Malory's violent and chaotic times during the Wars of the Roses. Malory's concern with legitimacy reflects the concerns of 15th-century England, where many were claiming their rights to power through violence and bloodshed.