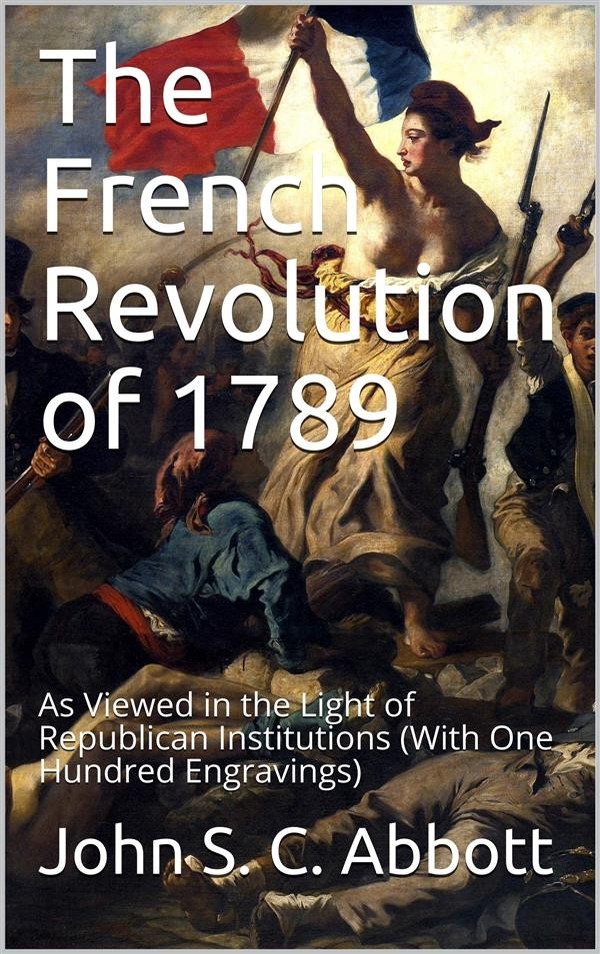 FOR some years the author of this work has been collecting materials for writing the history of the French Revolution. With this object in view he has visited Paris, wishing also to become familiar with the localities rendered immortal by the varied acts of this drama—the most memorable tragedy, perhaps, which has as yet been enacted upon the theatre of time. In addition to the aids which he has thus derived from a brief sojourn in Paris, he has also found the library of Bowdoin College peculiarly rich in all those works of religious and political philosophizings which preceded and ushered in these events, and in the narratives of those contemporary historians who recorded the scenes as they occurred, or which they themselves witnessed. Governor Bowdoin, whose library was the nucleus of the present college library, seems to have taken a special interest in collecting all the writings of the French philosophers and all the works of contemporary authors bearing upon the French Revolution, including—the most important of all—full files of the Moniteur.

The writer would not take up his pen merely to repeat the story which has so often and so graphically been told before. But it is expecting too much of human nature to imagine that the struggles of an oppressed people to emancipate themselves from feudal despotism can be impartially narrated in the castles of nobles or in the courts of kings. It is inevitable that the judgment which is pronounced upon the events which such a struggle involves will be biased by the political principles of the observer. Precisely the same transaction will by one be condemned and by another applauded. He who believes in the divine right of kings to reign and in the divine obligation of the people unquestioning to obey, must condemn a people who endeavor to break the shackles of despotic power, and must applaud kings and nobles who, with all the energies of bomb-shells, sabres, and iron hoofs, endeavor to crush the spirit of democratic freedom. On the contrary, he who accepts the doctrine that sovereignty resides in the people must commend the efforts of an inthralled nation to sever the chains of servitude, and must condemn the efforts of kings and nobles to rivet those chains anew. Thus precisely the same facts will be regarded with a very different judgment according as the historian is influenced by political principles in favor of equality of rights or of aristocratic privilege. The author of this work views the scenes of the French Revolution from a republican stand-point. His sympathies are strongly with an oppressed people struggling for political and religious liberty. All writers, all men profess to love liberty.

To commence the history of the French Revolution with the opening of the States-General in 1789 is as unphilosophical as to commence the history of the American Revolution with the battle of Lexington. No man can comprehend this fearful drama who does not contemplate it in the light of those ages of oppression which ushered it in. It is in the horrible despotism of the old monarchy of France that one is to see the efficient cause of the subsequent frantic struggles of the people.

The writer has freely expressed his judgment of the transactions which he has narrated. "The impartiality of history," says Lamartine, "is not that of a mirror which merely reflects objects; it should be that of a judge who sees, listens, and decides." The reader will not be surprised to find that some occurrences which historians caressed in regal courts and baronial halls have denounced as insolent and vulgar are here represented as heroic and noble.