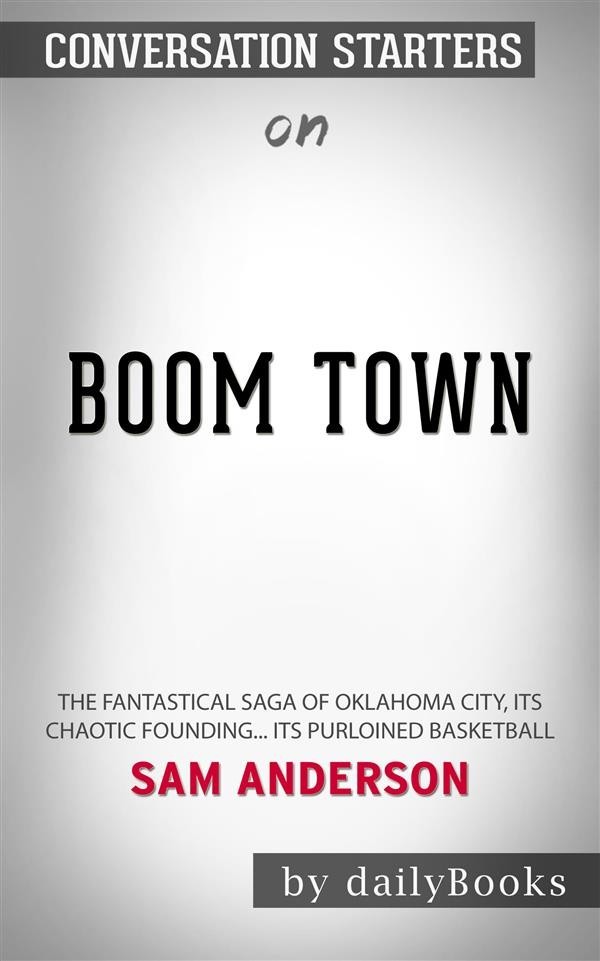 Oklahoma City is a place "born from chaos" and one of the "great weirdo cities of the world." Oklahoma's basketball team Thunder is likened to the city's wild ambition and energy. Author Sam Anderson mixes historical writing with sports journalism, urban tales and studies, memoirs of idiosyncratic personalities, and geographical descriptions to describe this quirky city. Fascinating characters people his stories including NBA players Russell Westbrook and Kevin Durant, the holy meteorologist Gary England, and the Flaming Lips eccentric frontman Wayne Coyne.
Boom Town is written by Anderson, the multi-awarded journalist, and writer for New York Times Magazine. He is a winner of the National Magazine Award for Essays and Criticism.