THE FOREST MONSTER - a YA Western with action, adventure and loads of romance 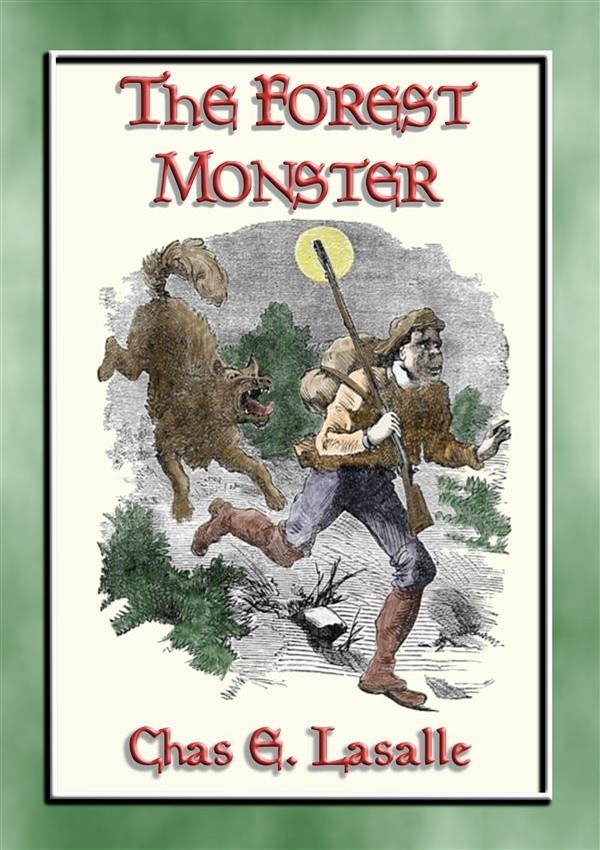 THE FOREST MONSTER - a YA Western with action, adventure and loads of romance

This is a Western book for young adults. But this is not your typical Western, it has bucket loads of thrilling suspense plus action and adventure aplenty and a good measure of romance as well.

Fred Hammon is travelling West in a wagon train on his way to Oregon. Why? For fun, action and adventure and whatever life may bring. One evening a woman rides into their camp and warns them that they’re about to be overrun by the Blackfeet braves. The train hurriedly breaks camp and makes it’s escape.

Later Fred is told that the woman was the mysterious Lamora, an unspeakably beautiful white woman who lives among Indians and warns settlers of danger and ambush. Unable to stop thinking of her, Fred changes his plans and rides after her.

In those same woods, three trappers –- Black Tom, Old Stebbins, and Teddy O’Doherty –- are making their way back to the trading post after a successful season of trapping. Their pelts collected and stacked, they stumble across a river,  flowing with gold...but the danger in the forest may be greater than the gold is worth.
They are stalked by a grotesque, seemingly bullet-proof monster with the limbs of an elephant and the jaws of a crocodile, surrounded on all sides by Blackfeet braves.

Keeping watch for any settlers and other white men, who may try and stake a claim to the gold, the trappers set up camp and start panning for gold in order to make their fortune.

Fred Hammon is also there, though, friendly enough but he is keeping his cards close to his chest. However, Lamora, it seems, knows all the secrets of the woods, from the care and keeping of the monster to the location of the secret village of Christian Indians. She falls in love with Fred but is reluctant to leave her adoptive father. Lamora finally consents to leave the forest under the protection of the trappers, so long as their path isn’t crossed by violence –- or greed."

But we all know what happens when gold and the promise of untold wealth gets under the skin of men.