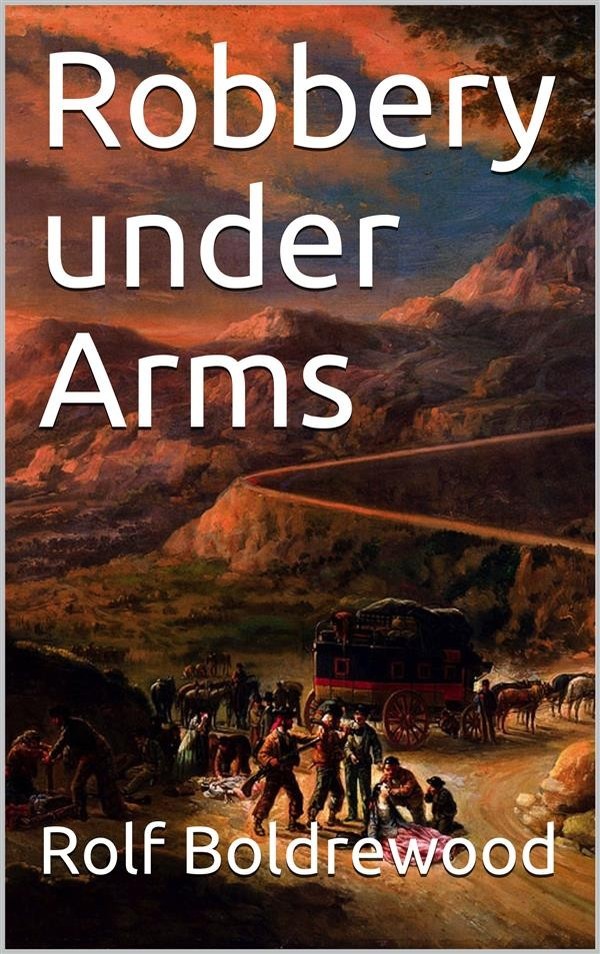 Robbery Under Arms is a bushranger novel by Thomas Alexander Browne, published under his pseudonym Rolf Boldrewood. It was first published in serialised form by The Sydney Mail between July 1882 and August 1883, then in three volumes in London in 1888. It was abridged into a single volume in 1889 as part of Macmillan's one-volume Colonial Library series and has not been out of print since.

It is considered a classic of Australian colonial literature, along with Marcus Clarke's convict novel For the Term of his Natural Life (1876), and has inspired numerous adaptations in film, television and theatre.

Writing in the first person, the narrator Dick Marston tells the story of his life and loves and his association with the notorious bushranger Captain Starlight, a renegade from a noble English family. Set in the bush and goldfields of Australia in the 1850s, Starlight's gang, with Dick and his brother Jim's help, sets out on a series of escapades that include cattle theft and robbery under arms.

The book begins with Dick sitting in gaol, with just under one month before his scheduled execution for his crimes. He is given writing material, and begins documenting his life's story.

He starts with his childhood, with a father (Ben) who is prone to violence, particularly when he has been drinking; his mother, his sister (Aileen) and brother, Jim. He documents his first exposure to his father's crimes, the theft of a red calf, and the disapproval of this crime by his mother, who says she thought he had given up stealing since the theft which led to his transportation as a convict from England. Dick's first active involvement in crime, comes where the brothers choose to go cattle duffing (stealing), even though an offer of solid, honest work had been made with neighbour and friend, George Storefield. The divergent lives of the brothers to that of George is a recurring theme of the book from this point forward, as they continue to meet up at different points throughout the story's course. This first theft includes their introduction to Captain Starlight, his Aboriginal assistant, Warrigal, and their hideaway, Terrible Hollow.

Further thefts follow, leading up to the brazen theft of 1000 head, driven overland to Adelaide with Starlight. After the success of this adventure, the brothers "lie low" in Melbourne, where they meet the sisters, Kate and Jeanie Morrison. The brothers return to home for Christmas, leading to incarceration and trial of Dick and Starlight. (The magistrate chooses to refer to Starlight only by this nickname, at the Captain's request). Warrigal helps Dick and Starlight escape to Terrible Hollow. The gang later has its first stage holdup.

The brothers then move to the Turon goldfields. Their prosperity through honest, hard work gives them the chance for escape from the country to start a new life overseas. Jim is re-united with Jeanie Morrison and marries her. Dick meets Kate Morrison again, but her tumultuous nature leads her, in an angry mood, to alert the police to their presence, and they narrowly escape capture and return to the safety of Terrible Hollow.