Criminal Psychology: A Manual for Judges, Practitioners, and Students 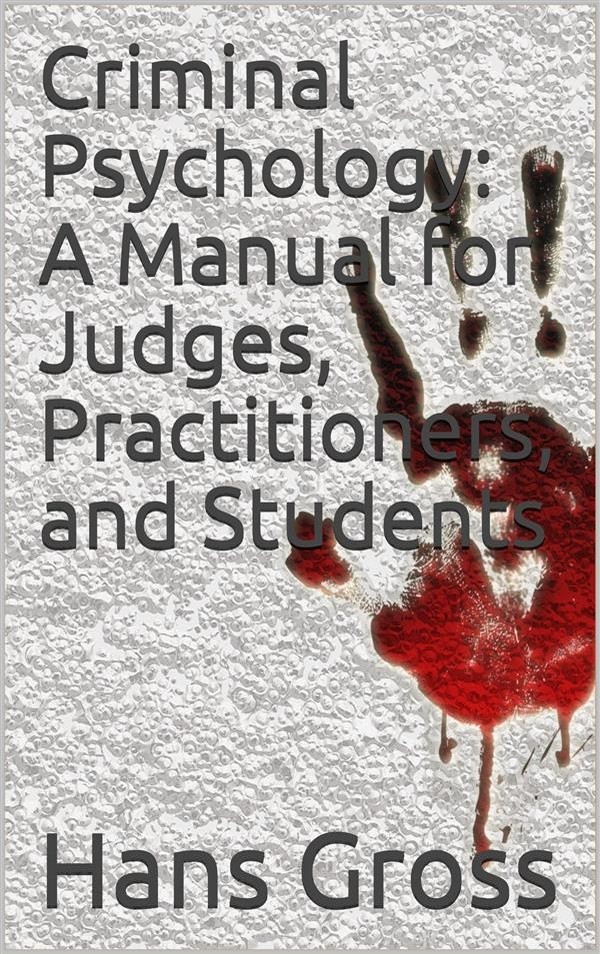 Criminal Psychology: A Manual for Judges, Practitioners, and Students

AT the National Conference of Criminal Law and Criminology, held in Chicago, at Northwestern University, in June, 1909, the American Institute of Criminal Law and Criminology was organized; and, as a part of its work, the following resolution was passed: ``Whereas, it is exceedingly desirable that important treatises on criminology in foreign languages be made readily accessible in the English language, Resolved, that the president appoint a committee of five with power to select such treatises as in their judgment should be translated, and to arrange for their publication.''

The Committee appointed under this Resolution has made careful investigation of the literature of the subject, and has consulted by frequent correspondence. It has selected several works from among the mass of material. It has arranged with publisher, with authors, and with translators, for the immediate undertaking and rapid progress of the task. It realizes the necessity of educating the professions and the public by the wide diffusion of information on this subject.

It desires here to explain the considerations which have moved it in seeking to select the treatises best adapted to the purpose. For the community at large, it is important to recognize that criminal science is a larger thing than criminal law. The legal profession in particular has a duty to familiarize itself with the principles of that science, as the sole means for intelligent and systematic improvement of the criminal law.