Green Mansions: A Romance of the Tropical Forest 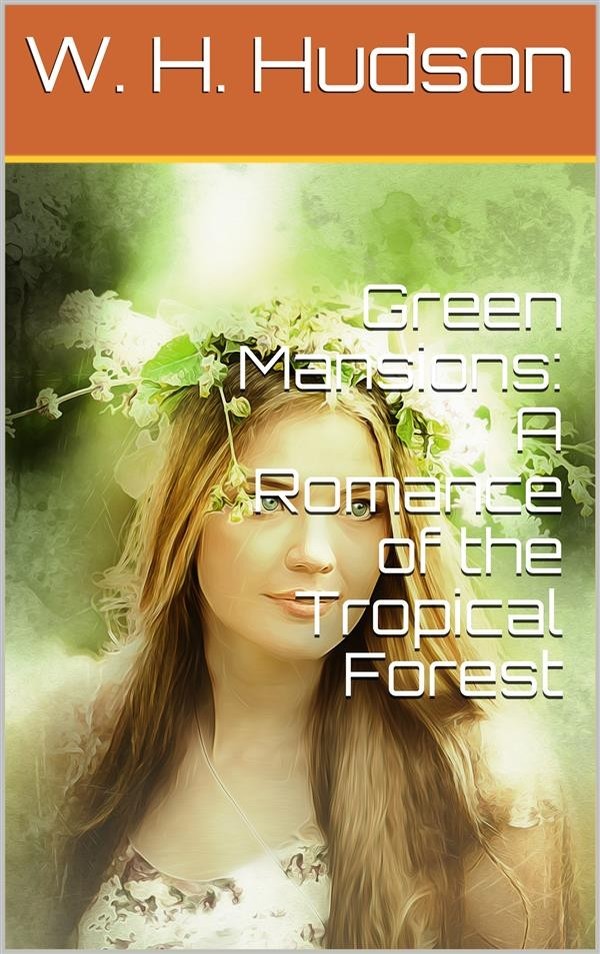 Green Mansions: A Romance of the Tropical Forest

Green Mansions: A Romance of the Tropical Forest (1904) is an exotic romance by William Henry Hudson about a traveller to the Guyana jungle of southeastern Venezuela and his encounter with a forest dwelling girl named Rima.

Prologue: An unnamed narrator tells how he befriended an old "Hispano-American" gentleman who never spoke of his past. His interest piqued, the narrator finally elicits the story.

Venezuela, c. 1875. Abel, a young man of wealth, fails at a revolution and flees Caracas into the uncharted forests of Guayana. Surviving fever, failing at journal-keeping and gold hunting, he settles in an Indian village to waste away his life: playing guitar for old Cla-Cla, hunting badly with Kua-kó, telling stories to the children. After some exploring, Abel discovers an enchanting forest where he hears a strange bird-like singing. His Indian friends avoid the forest because of its evil spirit-protector, "the Daughter of the Didi." Persisting in the search, Abel finally finds Rima the Bird Girl. She has dark hair, a smock of spider webs, and can communicate with birds in an unknown tongue. When she shields a coral snake, Abel is bitten and falls unconscious.

Abel awakens in the hut of Nuflo, an old man who protects his "granddaughter" Rima, and won't reveal her origin. As Abel recovers, Rima leads him through the forest, and Abel wonders about her identity and place of origin. Abel returns to the Indians, but relations become icy, because they would kill Rima, if they could. Rima often speaks of her dead mother, who was always depressed. Abel falls in love with Rima, but she (17 and a stranger to white men) is confused by "odd feelings". This relationship is further strained because Abel cannot speak her unknown language.

Atop Ytaiao Mountain, Rima questions Abel about "the world" known and unknown, asking him if she was unique and alone. Abel sadly reveals that it is true. However, when he mentions the storied mountains of Riolama, Rima perks up. It turns out that "Riolama" is her real name. Nuflo must know where Riolama is, so a wroth Rima demands Nuflo to guide her to Riolama under threats of eternal damnation from her sainted mother. Old, guilty and religious, Nuflo caves in to the pressure. Abel pays a last visit to the Indians, but they capture him as a prisoner, suspecting that he is a spy for an enemy tribe or consorts with demons. Abel manages to escape and return to Rima and Nuflo. The three then trek to distant Riolama. Along the way, Nuflo reveals his past, and Rima's origin.