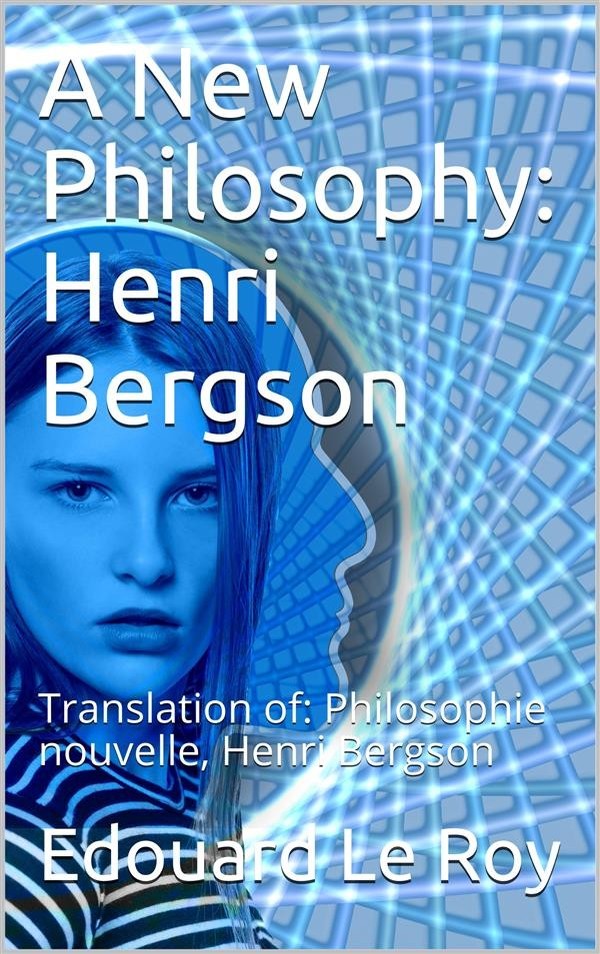 Henri Bergson was an early 20th century French philosopher of the modernist period. Bergson won the Noble Prize in Literature in 1927. There has been a recent interest in his philosophical work. Creative Evolution (1907) is BergsonZs best-known work.

A New Philosophy Henri Bergson contains 2 articles by Henri Bergson published under the same title in the "Revue des Deux Mondes," 1st and 15th February 1912. Le Roy has added notes enhancing the scope of the articles. An excerpt reads, o"We are made as much, and more, for action than for thought," says Mr. Bergson; "or rather, when we follow our natural impulse, it is to act that we think." ("L'Evolution Creatrice," page 321.) And again, "What we ordinarily call a fact is not reality such as it would appear to an immediate intuition, but an adaptation of reality to practical interests and the demands of social life." ("Matiere et Memoire," page 201.) Hence the question which takes precedence of all others is: to distinguish in our common representation of the world, the fact in its true sense from the combinations which we have introduced in view of action and language.