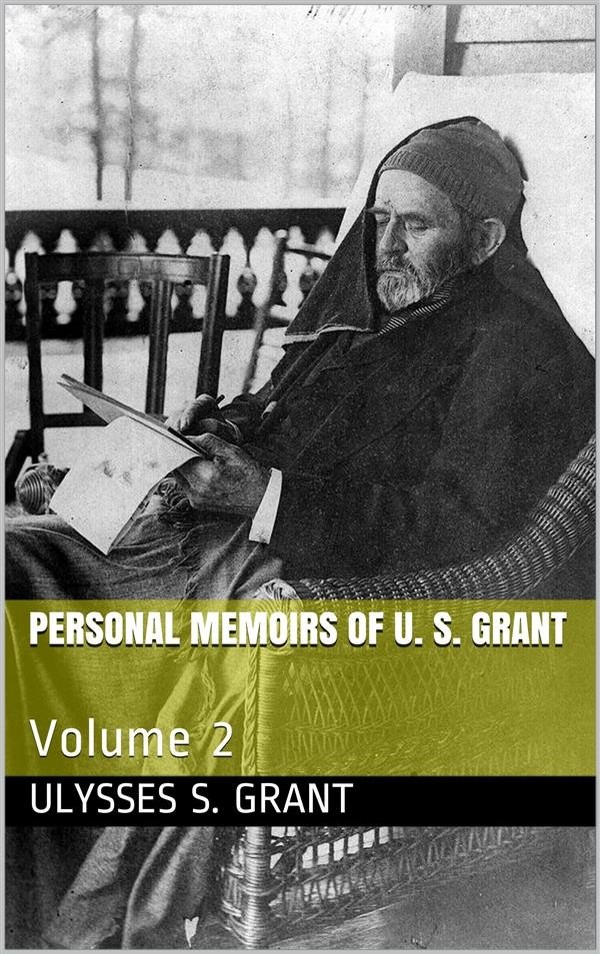 The Personal Memoirs of Ulysses S. Grant is an autobiography by Ulysses S. Grant, the 18th President of the United States, focused mainly on his military career during the Mexican–American War and the American Civil War, and completed as he was dying of cancer in 1885. The two-volume set was published by Mark Twain shortly after Grant's death.

Twain created a unique marketing system designed to reach millions of veterans with a patriotic appeal just as Grant's death was being mourned. Ten thousand agents canvassed the North, following a script that Twain had devised; many were veterans who dressed in their old uniforms. They sold 350,000 two-volume sets at prices from $3.50 to $12, depending on the binding (roughly $100 to $330 in 2018). Each copy contained what looked like a handwritten note from Grant himself. In the end, Grant's widow, Julia, received about $450,000, suggesting a gross royalty before expenses of about 30%.

The Personal Memoirs of Ulysses S. Grant has been highly regarded by the general public, military historians, and literary critics. Positive attention is often directed toward Grant's prose, which has been praised as shrewd, intelligent, and effective. He portrayed himself in the persona of the honorable Western hero, whose strength lies in his honesty and straightforwardness. He candidly depicts his battles against both the external Confederates and his internal Army foes.

Grant and his wife, Julia, took a trip around the world in 1877, after his second term in office, which left him short on money. He was nearly 60, and he looked for something to engage his time. He ran for the Republican nomination for president in 1880, but lost to James A. Garfield. The next year, he moved to New York City to go into business with his son Ulysses S. Grant, Jr. and Ferdinand Ward, a young investor who was described by his great-grandson Geoffrey Ward as "a very plausible, charming, unobtrusive, slender person with a genius for finding older people and pleasing them, which he learned early on."

The firm of Grant & Ward did well at first, bolstered by Ward's skills and Grant's name. The former president bragged to friends that he was worth two and a half million dollars, and family members and friends poured money into the firm. But Grant was largely disengaged from the company's business, often signing papers without reading them. This proved disastrous, as Ward had used the firm as a Ponzi scheme, taking investors' money and spending it on personal items, including a mansion in Connecticut and a brownstone in New York City. Grant & Ward failed in May 1884, leaving Grant penniless.

That fall, the former president was diagnosed with terminal throat cancer. Facing his mortality, Grant struck a publishing deal with his friend Mark Twain for his memoirs, hoping that they would provide for his family after his death. In the early stages of his work, he had the assistance of Adam Badeau, an author who had served on his staff during the war. Badeau left before the project was complete, having disputed with Grant and his family concerning how much he would be paid and how he would be credited for his research, editing, and fact-checking. Badeau eventually settled with Grant's heirs for $10,000 (equivalent to $280,000 in 2018).