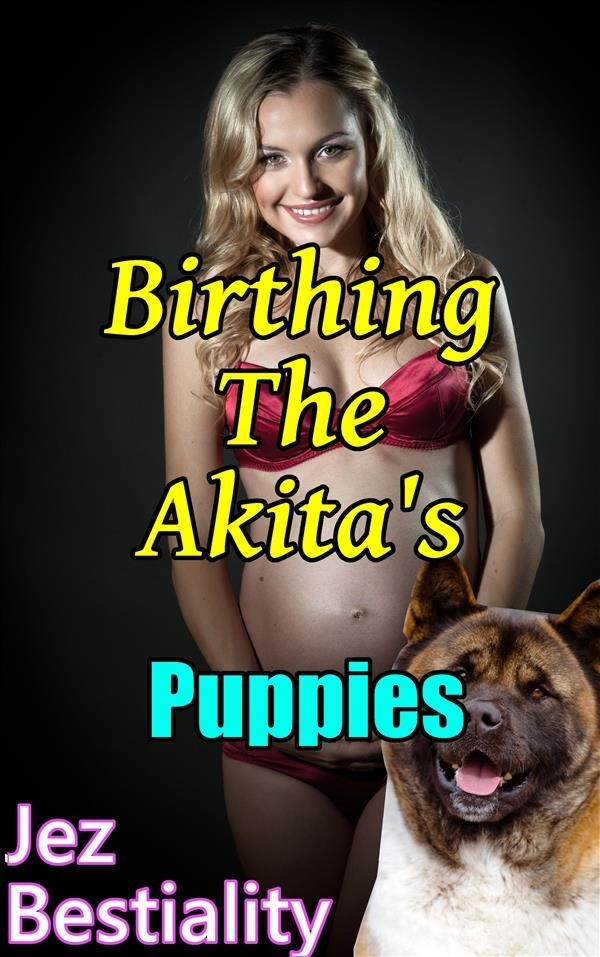 I was sick and tired of guys. They just wanted to fuck, but weren’t interested in a commitment. How could I have a baby without a commitment?

I had resigned myself to never getting knocked up and having a baby.

Until Jax, my 100-pound Akita showed me that I didn’t need a man.

Slamming the door, Kira fled to her couch. Flinging herself on it she sobbed out her heart.

"Why do all my dates fail?" She wailed into the cushions.

She desired babies so badly she thought she'd die if she didn't have a baby to cuddle.

Jax, her large Akita, padded over to her and nudged her. She gazed into his soft, curious eyes as if he were asking what was wrong.

"It's guys, Jax. All they want is to paw me and get it on, but the moment they hear I want babies they don't want anything to do with me. Why can't guys be loyal?" She held him close as her hot tears spilled onto his black fur.

"Woof." He licked her tears away.

"Maybe I'm not hot enough for them. What do you think?" Kira just wanted babies and a committed husband. Was that too much to ask?

She clung to Jax, needing his strength in this turbulent storm which tore through her heart. He would protect her and would stay by her side. If only he were a man.

His tongue massaged her face. On impulse, she kissed his black lips. He cocked his head as he wagged his curly tail. It was like he was coming onto her.

He snaked it into her mouth and she drew back in shock. He'd Frenched her!

"Jax! We're not married!" She laughed, then stopped.

"I want babies with a committed partner and you'll be that. Won't you?" Kira's lips trembled as her heart pounded.

Could she have babies or puppies sired by Jax? Nothing would please her more. Could such a thing be possible?

Then she pecked him on the muzzle. He patted his paws on the floor as he waved his tail.

"Woof." He pressed his black lips against hers and snaked his long, tongue into her mouth.