Branded By The Stallion 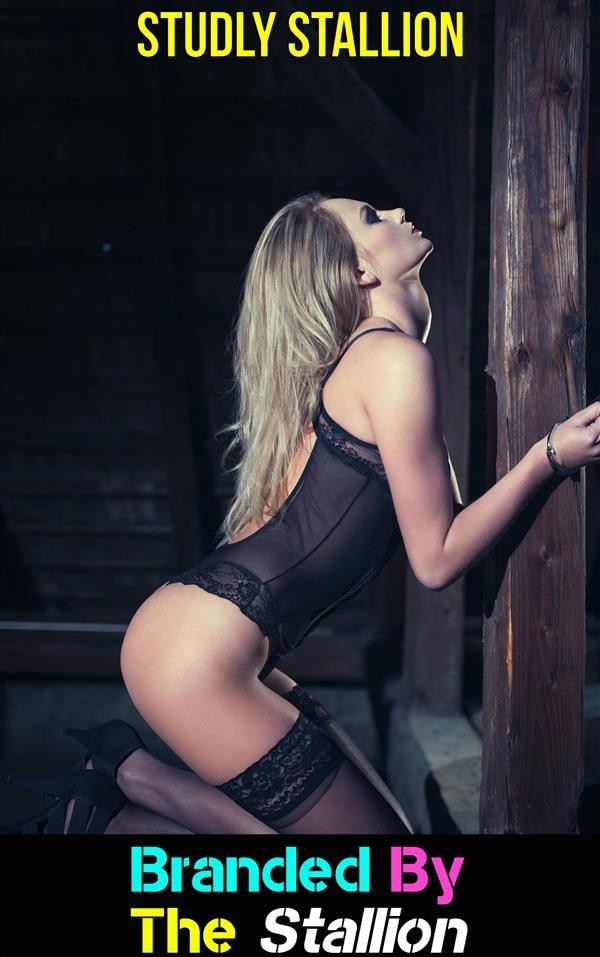 Branded By The Stallion

Roy did something to me. He broke me. He branded me as his. And I could do nothing but obey.

I was out working late in the field. We'd just gotten in a new, untamed stallion and to say he was a handful would be an understatement. He was closer to a bucking bronco than anything else. Several times, he'd shoved me out of the way. Thing is, the dominant one in the herd makes the others move their feet. It's just the way of the horse. And this horse was making me move my feet - more often than I would like to admit.

No matter how much I pushed back against him, he was just too powerful and dominant.

I was 18 and fresh out of college on summer break. Mom and dad had gone and got themselves a wild stallion for some unknown reason. Maybe they thought they could tame Roy? I don't know. What I did know was that from the dominant gaze in his eyes, he was not one to be trifled with. He was a spunky, spirited stallion and it was obvious he thought the farm and everything in it - including me - was his.

Good thing I wasn't in charge of breaking him. That was going to be a monumental job. I didn't think that even my father - the experienced rider he was - had any hope of taming him.

Roy was a massive, pure jet-black Mustang. He pranced around, whipping his head back and forth in a display of dominance. I just wanted to finish feeding them and get out of there. I didn't trust him one bit. I'm sure me being in heat didn't help matters.

Just as I was finishing up and about to leave for the night, Roy pranced in my way.

"Come on, boy..." I sighed and tried to shove him away. I reached for the whip, but he snatched it right out of my hands. That's the moment when I really began to fear him.

With fear clutching around my heart like icicles, I raced the two feet to the gate - and got promptly knocked down for my efforts.