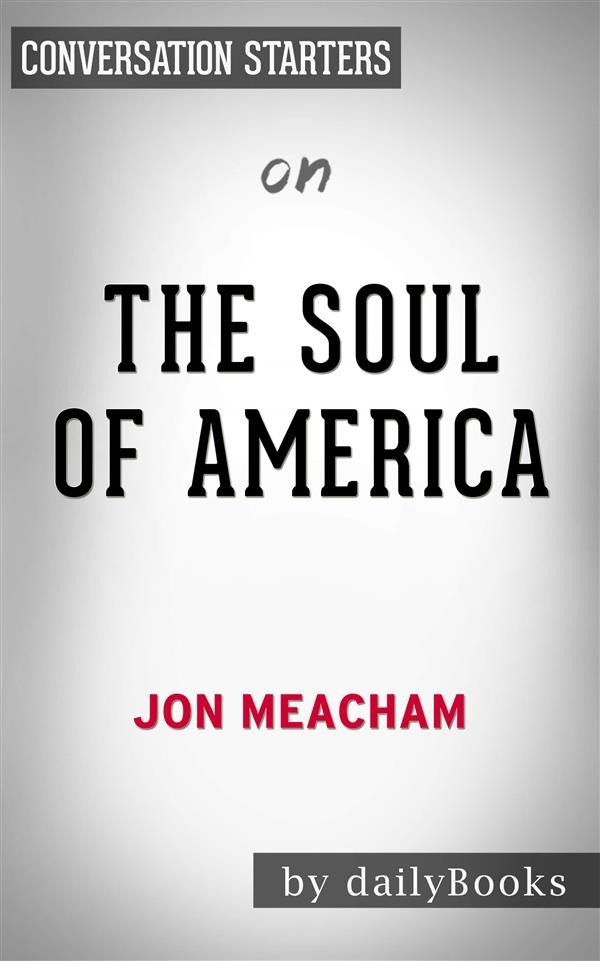 Pulitzer Prize award-winning biographer Jon Meacham takes us back to a critical time in the history of America and explains how it relates to today’s American politics. The Soul of America discusses the time when hope was more powerful than fear and division. Today’s political climate of division and partisan fury has been around even at the time of the great American presidents. Meacham shares what presidents of old like Abraham Lincoln, Theodore Roosevelt, Ulysses Grany, Woodrow Wilson, Harry Truman, Franklin Roosevelt, Lyndon Johnson, and Dwight Eisenhower, went through during their respective presidencies. Meacham also shares the fire that illuminated the faith and courage of suffragettes like Carrie Chapman Catt, influential activists like Martin Luther King, Jr., and civil rights proponents like John Lewis and Rosa Parks.  In addition to these inspiring accounts, Meacham writes about the Civil War and its aftermath, the Reconstruction and the beginning of the Lost Cause. He reminds us of the past two great World Wars that shaped our history, among other stories that shaped the soul of America.

Walter Issacson described The Soul of America “a profoundly important book.” The New York Times Book Review praises Meacham as he “summon[s] the better angels by looking back.”