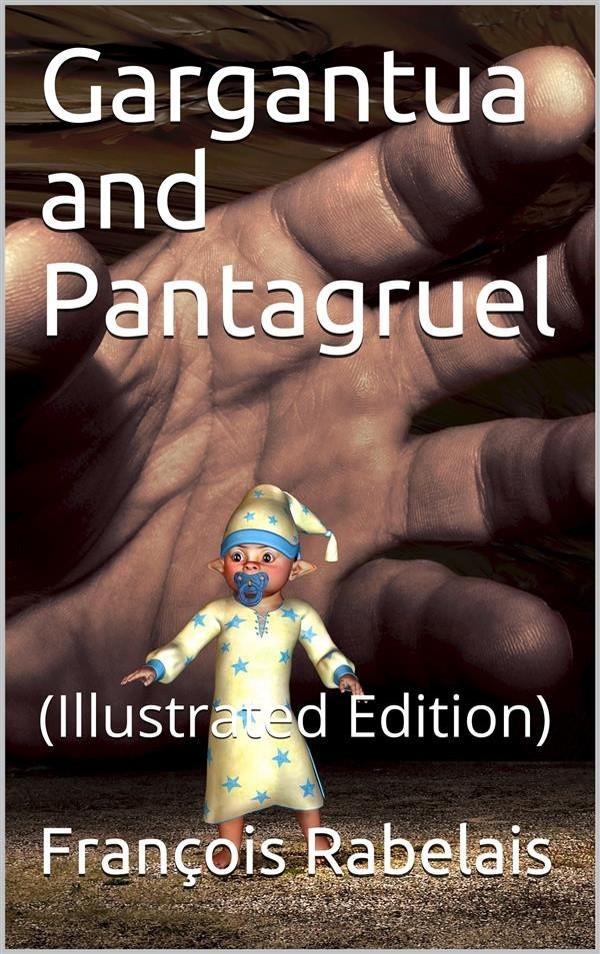 Five Books Of The Lives, Heroic Deeds And Sayings Of Gargantua And His Son Pantagruel

The Life of Gargantua and of Pantagruel is a pentalogy of novels written in the 16th century by François Rabelais, which tells of the adventures of two giants, Gargantua and his son Pantagruel. The text is written in an amusing, extravagant, and satirical vein, and features much crudity, scatological humor, and violence (lists of explicit or vulgar insults fill several chapters).

The censors of the Collège de la Sorbonne stigmatized it as obscene, and in a social climate of increasing religious oppression in a lead up to the French Wars of Religion, it was treated with suspicion, and contemporaries avoided mentioning it. According to Rabelais, the philosophy of his giant Pantagruel, "Pantagruelism", is rooted in "a certain gaiety of mind pickled in the scorn of fortuitous things".

Rabelais had studied Ancient Greek and he applied it in inventing hundreds of new words in the text, some of which became part of the French language. Wordplay and risqué humor abound in his writing.

Although different editions divide the work in varying ways, the original book is a single novel consisting of five volumes.

The full modern English title for the work commonly known as Pantagruel is The Horrible and Terrifying Deeds and Words of the Very Renowned Pantagruel King of the Dipsodes, Son of the Great Giant Gargantua and in French, Les horribles et épouvantables faits et prouesses du très renommé Pantagruel Roi des Dipsodes, fils du Grand Géant Gargantua. The original title of the work was Pantagruel roy des dipsodes restitué à son naturel avec ses faictz et prouesses espoventables. Although most modern editions of Rabelais's work place Pantagruel as the second volume of a series, it was actually published first, around 1532 under the pen name "Alcofribas Nasier", an anagram of François Rabelais.

Pantagruel was a sequel to an anonymous book entitled The Great Chronicles of the Great and Enormous Giant Gargantua (in French, Les Grandes Chroniques du Grand et Enorme Géant Gargantua). This early Gargantua text enjoyed great popularity, despite its rather poor construction. Rabelais's giants are not described as being of any fixed height, as in the first two books of Gulliver's Travels, but vary in size from chapter to chapter. For example, in one chapter Pantagruel is able to fit into a courtroom to argue a case, but in another the narrator resides inside Pantagruel's mouth for 6 months and discovers an entire nation living around his teeth.

At the beginning of this book, Gargantua's wife dies giving birth to Pantagruel, who grows to be as giant and scholarly as his father. Rabelais gives a catalog of his reading, mostly humorously-titled books, and judgements in nonsensical legal cases. "The lion's share of Pantagruel's seventh chapter consists of a concluding catalog attributed to the Abbey of Saint-Victor," states Bodemer in his essay, "Rabelais and the Abbey of Saint-Victor Revisited".

He befriends hard-partying jokester Panurge. Together with a group of friends, they intoxicate an army of invading giants, burn their camp, and drown survivors in urine. Epistemon, decapitated in the fray, recovers when Panurge sews his head back to his body. He reports that souls in hell are poorly paid and work bad jobs, but that's the extent of their torments. Another battle is missed by the narrator, who is exploring the civilization in Pantagruel's mouth at the time.