The Defensive Armour and the Weapons and Engines of War of Mediæval Times, and of the "Renaissance." 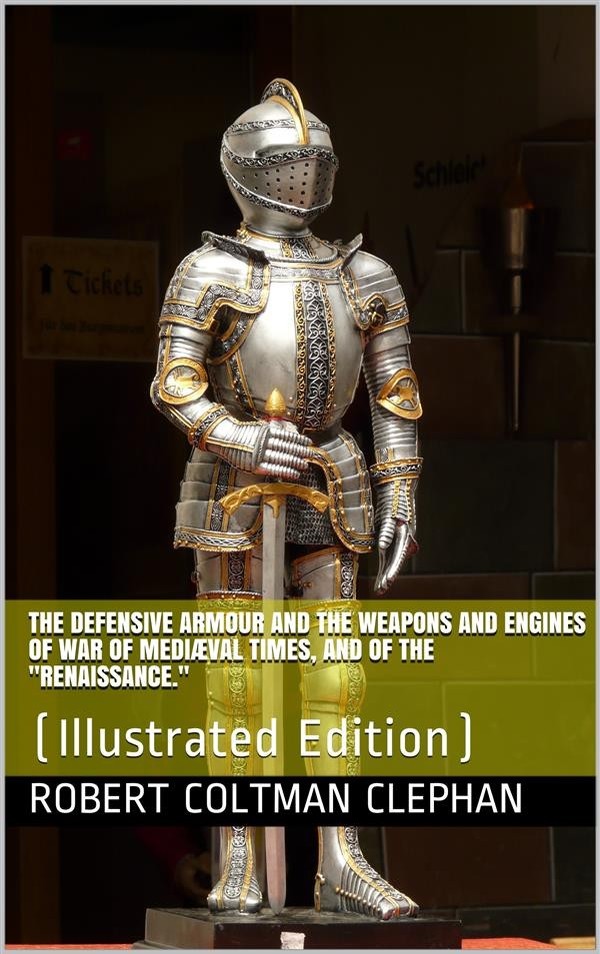 The Defensive Armour and the Weapons and Engines of War of Mediæval Times, and of the "Renaissance."

With 51 Illustrations from Specimens in his own and in other
English Collections, and also from others in some of
the Great Collections of Europe.

This volume has grown out of some “notes” printed in the Archæologia Æliana in 1898, and added to as any new facts and lights presented themselves to me. The text is compressed as much as possible, with a view to publishing at a moderate cost; and as a more general interest in arms and armour is decidedly growing, I venture to hope that this volume, however imperfect, may supply a want, and that it does not contain too many manifest errors and inaccuracies. The subject is treated chronologically, and no further detail entered into than seemed necessary for presenting it in a consecutive and concrete form.

The question of the weapons of the “middle ages” and of the “renaissance,” their chronology, description and classification, is far from being in a satisfactory state. There are no books dealing with the subject as a whole, and many of the “notes” and “papers” I have seen spread over many years are, most of them, very sectional and fragmentary in their scope and character. Technical terms vary exceedingly among the different writers, and some more generally intelligible codification is very desirable. International it cannot be, as Germany naturally has her own terms, while those of England are perhaps as necessarily mixed up with Norman-French.

There are often great difficulties in the way of reasonably approximating the date and nationality of both weapons and armour, owing to causes which will be touched upon later in these pages; but these apparent inconsistencies must needs be grappled with as far as possible, and herein lies the work of the archæologist. In the case of sword specimens, it very often happens that blades and hilts belong to widely different periods, and even nationalities, and cases of this kind often give rise to much doubt and perplexity; indeed, unless there is evidence that a blade and hilt are contemporaneous, it is always well to consider that they may not be so; for blades were passed down from father to son, and often re-hilted more than once. Hilts also were often re-bladed.