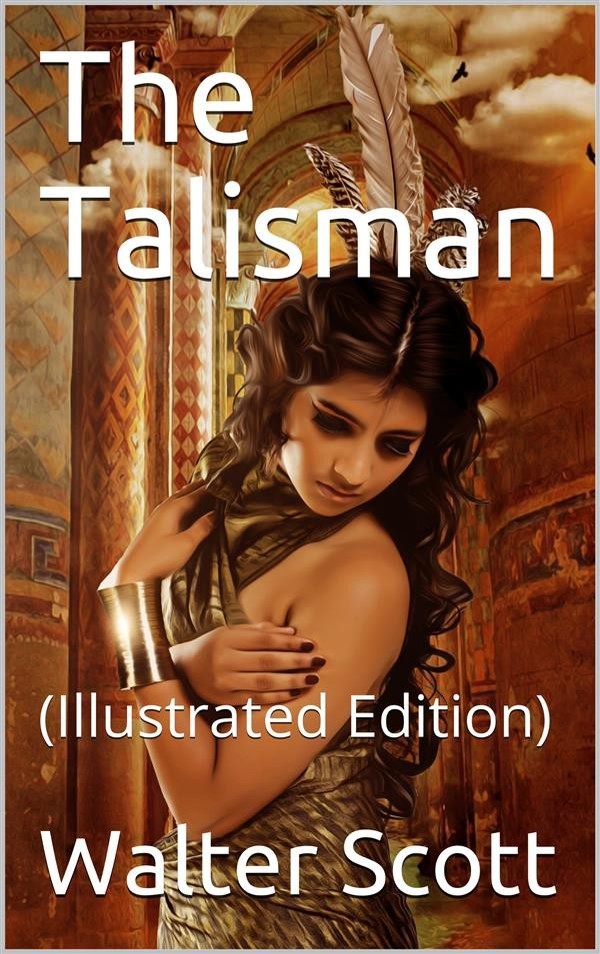 The Talisman is a novel by Sir Walter Scott. It was published in 1825 as the second of his Tales of the Crusaders, the first being The Betrothed.

During a truce between the Christian armies taking part in the third Crusade, and the infidel forces under Sultan Saladin, Sir Kenneth, on his way to Syria, encountered a Saracen Emir, whom he unhorsed, and they then rode together, discoursing on love and necromancy, towards the cave of the hermit Theodoric of Engaddi. This hermit was in correspondence with the pope, and the knight was charged to communicate secret information. Having provided the travellers with refreshment, the anchorite, as soon as the Saracen slept, conducted his companion to a chapel, where he witnessed a procession, and was recognised by the Lady Edith, to whom he had devoted his heart and sword. He was then startled by the sudden appearance of the dwarfs, and, having reached his couch again, watched the hermit scourging himself until he fell asleep.

About the same time Richard Coeur de Lion had succumbed to an attack of fever, and as he lay in his gorgeous tent at Ascalon, Sir Kenneth arrived accompanied by a Moorish physician, who had cured his squire, and who offered to restore the king to health. After a long consultation, and eliciting from Sir Kenneth his visit to the chapel, the physician was admitted to the royal presence; and, having swallowed a draught which he prepared from a silken bag or talisman, Richard sank back on his cushions. While he slept Conrade of Montserrat secretly avowed to the wily Grand-master of the Templars his ambition to be King of Jerusalem; and, with the object of injuring Richard's reputation, incited Leopold of Austria to plant his banner by the side of that of England in the centre of the camp. When the king woke the fever had left him, and Conrade entered to announce what the archduke had done. Springing from his couch, Richard rushed to the spot and defiantly tore down and trampled on the Teuton pennon.

Philip of France at length persuaded him to refer the matter to the council, and Sir Kenneth was charged to watch the English standard until daybreak, with a favourite hound as his only companion. Soon after midnight, however, the dwarf Necbatanus approached him with Lady Edith's ring, as a token that his attendance was required to decide a wager she had with the queen; and during his absence from his post the banner was carried off, and his dog severely wounded. Overcome with shame and grief, he was accosted by the physician, who dressed the animal's wound, and, having entrusted Sir Kenneth with Saladin's desire to marry the Lady Edith, proposed that he should seek the Saracen ruler's protection against the wrath of Richard. The valiant Scot, however, resolved to confront the king and reveal the Sultan's purpose; but it availed him not, and he was sentenced to death, in spite of the intercessions of the queen and his lady-love; when the hermit, and then the physician, arrived, and Richard having yielded to their entreaties, Sir Kenneth was simply forbidden to appear before him again.

Having, by a bold speech, revived the drooping hopes of his brother Crusaders, and reproved the queen and his kinswoman for tampering with the Scot, Richard received him, disguised as a Nubian slave, as a present from Saladin, with whom he had been induced to spend several days. Shortly afterwards, as the king was reposing in his pavilion, the "slave" saved his life from the dagger of an assassin secretly employed by the grand-master, and intimated that he could discover the purloiner of the standard.