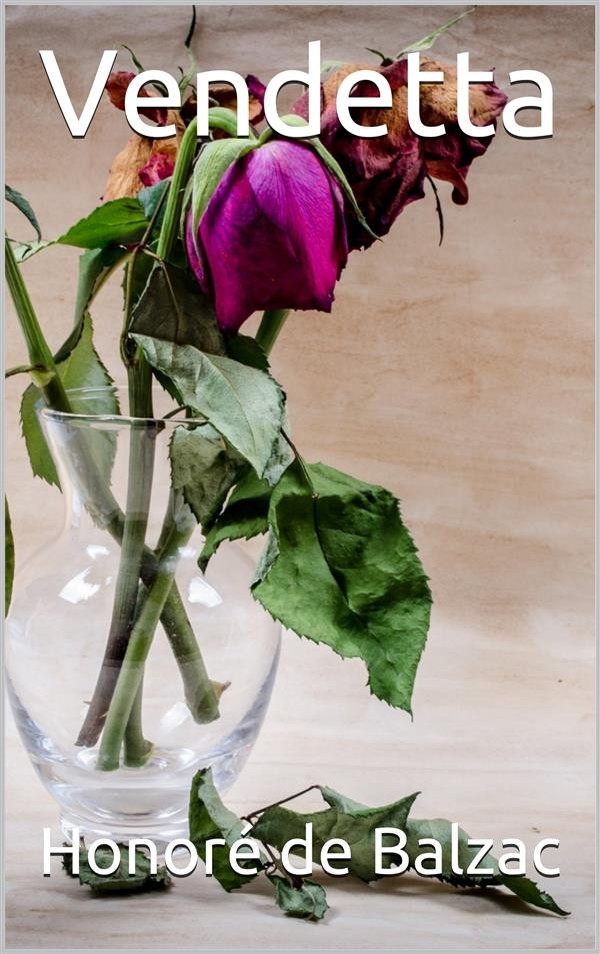 La Vendetta (The Vendetta) is a novel by the French writer Honoré de Balzac. It is the eighth of the Scènes de la vie privée (Scenes of Private Life) in La Comédie humaine. The novel was first published in 1830 by Mame et Delaunay-Vallée. In 1842 it appeared in the first Furne edition of La Comédie humaine. La Vendetta was the fourth work in Volume 1, making it the fourth of the Scènes de la vie privée.

La Vendetta is a short work relating the tragic fate of Ginevra Piombo, the daughter of proud Corsican immigrants, who has the misfortune of falling in love with another Corsican Luigi Porta. When it becomes known that Luigi is the sole survivor of a massacre in which the rest of his family were the victims of a bloody vendetta with Ginevra's family, Ginevra's father Bartolomeo is determined to complete the act of vengeance by having him killed. But Ginevra refuses to yield to her father's demands and she and Luigi are married. Over the following years the pair eke out a miserable existence, dogged by hunger and poverty, while Ginevra's wealthy father refuses to lift a hand to support her: it is as much as he can do to refrain from murdering Luigi.

Ginevra gives birth to a child, but she and the child die on the very day that Monsieur Piombo finally relents and decides to assist the impoverished couple. Before he can act, however, Luigi visits him and gives him the tresses of his deceased daughter. "Dead! Our two families were doomed to exterminate each other. Here is all that remains of her," he says, laying Ginevra's long black hair upon the table. Ginevra's parents are shaken, as though a stroke of lightning has blasted them. Luigi departs. "He has spared me a shot, for he is dead," says Bartolomeo, slowly, gazing on the ground at his feet.