The French Revolution: A History 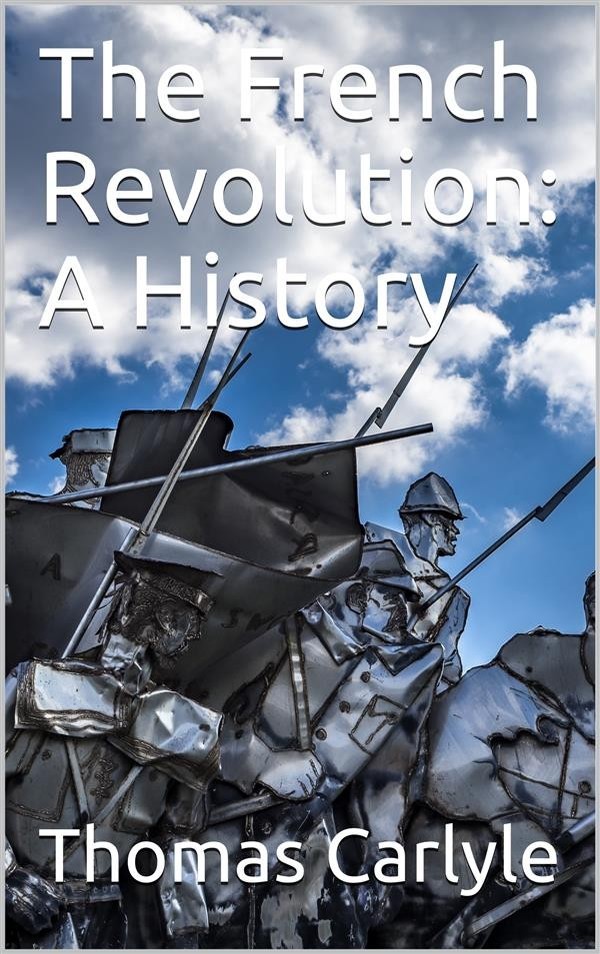 The French Revolution: A History

The French Revolution: A History was written by the Scottish essayist, philosopher, and historian Thomas Carlyle. The three-volume work, first published in 1837 (with a revised edition in print by 1857), charts the course of the French Revolution from 1789 to the height of the Reign of Terror (1793–94) and culminates in 1795. A massive undertaking which draws together a wide variety of sources, Carlyle's history—despite the unusual style in which it is written—is considered to be an authoritative account of the early course of the Revolution.

As a historical account, The French Revolution has been both enthusiastically praised and bitterly criticized for its style of writing, which is highly unorthodox within historiography. Where most professional historians attempt to assume a neutral, detached tone of writing, or a semi-official style in the tradition of Thomas Babington Macaulay, Carlyle unfolds his history by often writing in present-tense first-person plural as though he and the reader were observers, indeed almost participants, on the streets of Paris at the fall of the Bastille or the public execution of Louis XVI. This, naturally, involves the reader by simulating the history itself instead of solely recounting historical events.

Carlyle further augments this dramatic effect by employing a style of prose poetry that makes extensive use of personification and metaphor—a style that critics have called exaggerated, excessive, and irritating. Supporters, on the other hand, often label it as ingenious. John D. Rosenberg, a Professor of humanities at Columbia University and a member of the latter camp, has commented that Carlyle writes "as if he were a witness-survivor of the Apocalypse. [...] Much of the power of The French Revolution lies in the shock of its transpositions, the explosive interpenetration of modern fact and ancient myth, of journalism and Scripture."

Thus, Carlyle invents for himself a style that combines epic poetry with philosophical treatise, exuberant story-telling with scrupulous attention to historical fact. The result is a work of history that is perhaps entirely unique, and one that is still in print nearly 200 years after it was first published. With its (ambivalent) celebration of the coming of Democracy, and its warning to the Victorian Aristocracy, the work was celebrated by Lord Acton as “the volumes that delivered our fathers from thraldom to Burke”.