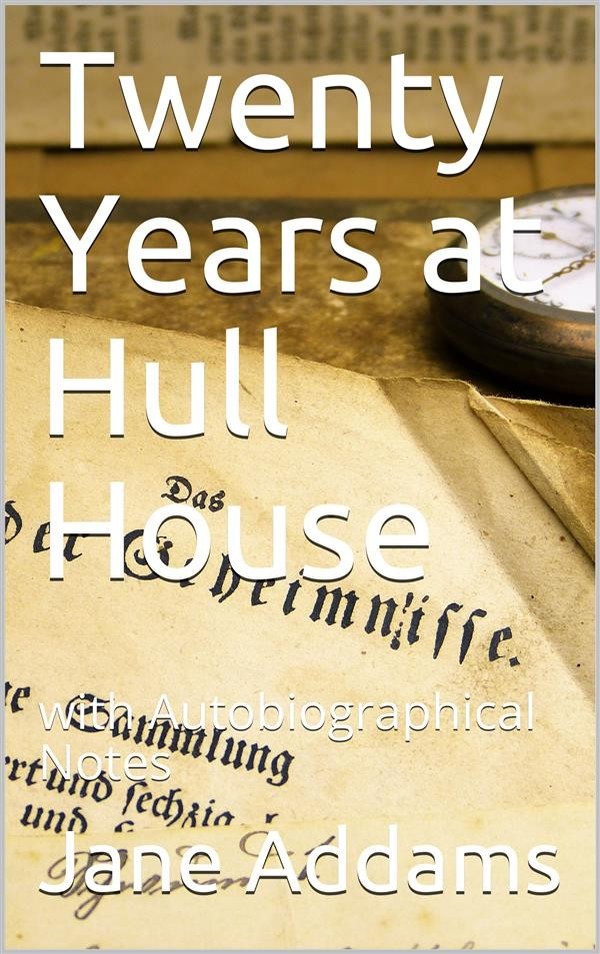 Major work from the American social worker, sociologist, philosopher and reformer, known in America as the "mother of social work."

The first part of this book is simply beautiful. In it Addams provides a strange and insightful look at what it was like to grow up the daughter of a well-off miller in rural Cedarville, Illinois in the 19th century. Surprisingly for a Victorian-era social reformer, she's eminently relatable and self-reflective. She describes in detail things like a nightmare she had as a young girl where everyone in the world was dead except her, and the world depended upon her solitary work as a blacksmith to start it up again.

She is able to recognize in this the early delusions of grandeur so common to children, and a sense of her own impotence she carried into the women's seminary and beyond. She discusses how her later educational tours of Europe furthered her charitable and democratic sensibilities (along with her hope for a non-religious "cathedral of humanity" to unite all mankind), and yet she also realizes that this excessive education was only part of what Tolstoy called "the snare of preparation," that chilling sense that infinite training only impedes real life and action. Addams saw that she (and the other over-educated and underemployed women of her generation) needed real vigorous action, especially in public life, to feel like worthwhile members of society. So, she starts the Hull Street Settlement House.