The Soul of the Far East 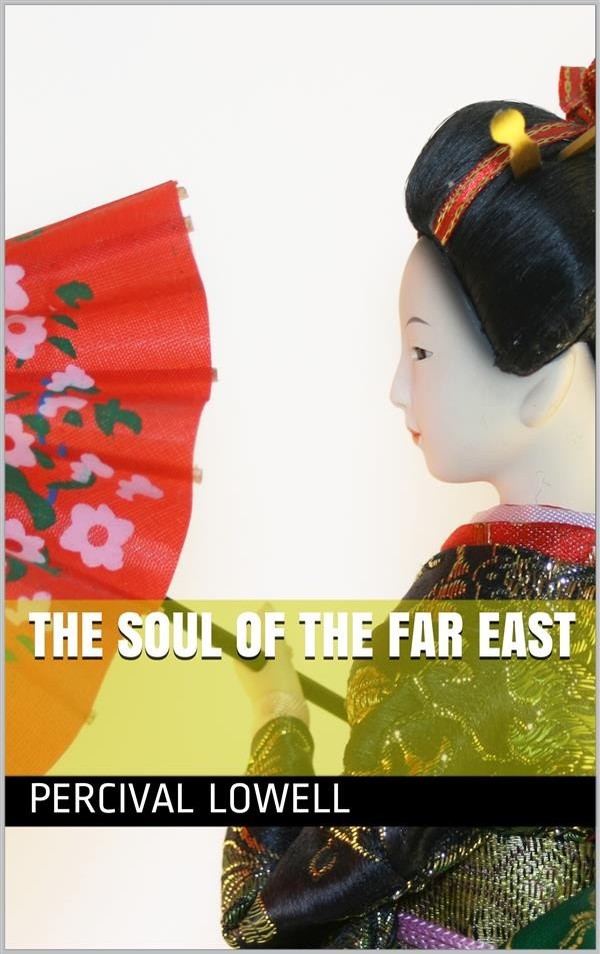 The Soul of the Far East

Soul of the Far East, The, by Percival Lowell (1886). The Far East whose Soul is the subject-matter of this sympathetic study is principally Japan, but China and Korea are considered also. Among the traits of character and the peculiarities of usages distinguishing all Far Eastern peoples, the author classes the far less pronounced individualism of those races, as compared with Westerns: Peoples, he says, grow steadily more individual as we go westward. In the Far East the social unit is not the individual but the family: among the Easterns a normally constituted son knows not what it is to possess a spontaneity of his own. A Chinese son cannot properly be said to own anything.

This state of things is curiously reflected in the language of Japan, which has no personal pronouns: one cannot say in Japanese, I, Thou, He. The Japanese are born artists: to call a Japanese cook an artist is to state a simple fact, for Japanese food is beautiful, though it may not be agreeable to the taste. Half of the teachings of the Buddhist religion are inculcations of charity or fellow-feeling: not only is man enjoined to show kindliness to fellow-men, but to all animals as well.

The people practice what their scriptures teach; and the effect indirectly on the condition of the brutes is almost as marked as its more direct effect on the character of mankind.