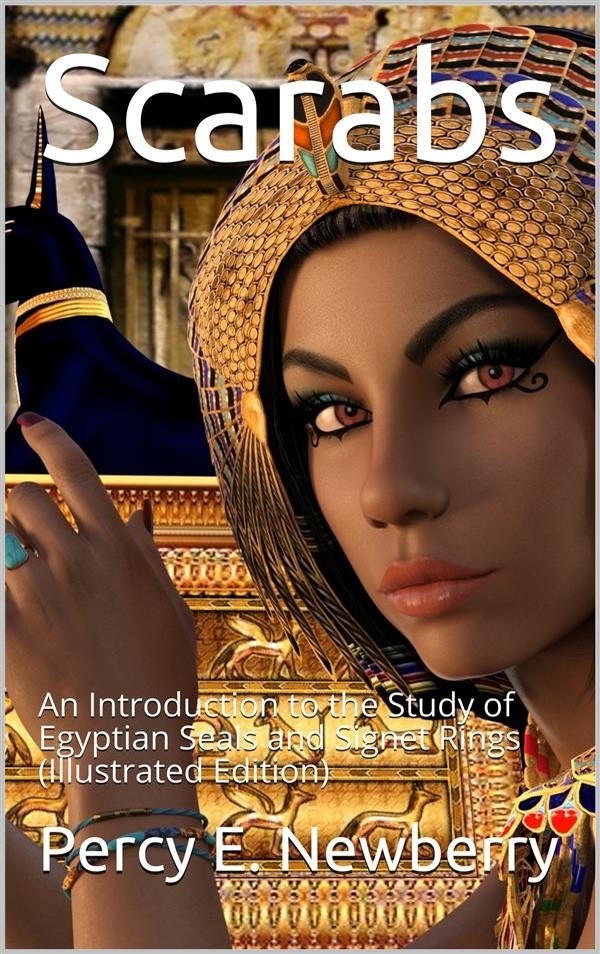 There are few small objects of antiquity which present themselves so often to the traveller’s notice in Egypt, as the little seals of stone, pottery and other material, carved in various forms and engraved on their base, or around their circumference, with an ornamental device or brief hieroglyphic inscription. These seals are found in a variety of forms; some of them are cylindrical in shape, others are button-shaped, but by far the greater number are carved to represent the scarabaeus beetle standing upon an elliptical base, the under side of which is engraved with the device or inscription intended to be impressed upon the sealing clay.

The specimens of this last variety of seal are universally known as “Scarabs.”

Like the gems of Greece and Italy, Egyptian seals are generally found in excellent preservation; other and larger antiquities usually show on their face the signs of weathering, or they bear the marks of mutilation by man, but these interesting little monuments of a long past age often continue to this day as perfect in their finish and delicate workmanship as when they first left the hands of the ancient lapidary. The soil of Egypt literally teems with them.

Thousands have been found among the débris of long deserted and ruined towns and temples; the fellah often turns them up in the soil whilst ploughing his fields, and rich harvests of these little objects have been gathered by the antiquary from the myriad tombs that line the desert edge on both sides of the Nile from Alexandria and El Arîsh to Aswân. Outside the boundaries of the Nile Valley also, Egyptian seals are frequently discovered; and in our museums are to be seen specimens from Italy, Sicily, Cyprus and the Greek Islands, as well as from the Eastern shores of the Mediterranean, and even from as far afield as Nineveh and the valley of the Euphrates.

This book gives details of such Egyptian seals and Signet rings.