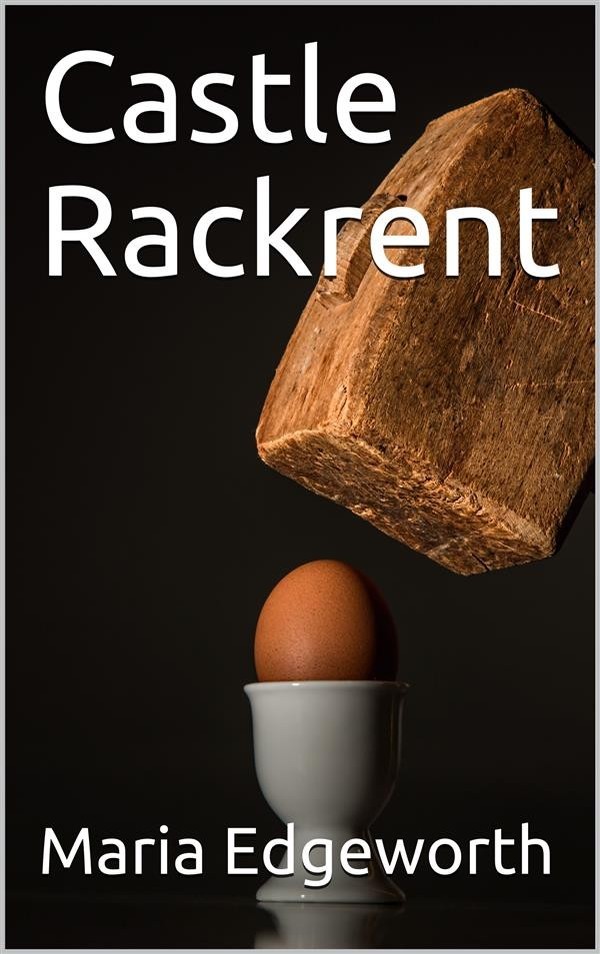 Castle Rackrent is a short novel by Maria Edgeworth published in 1800, one of the few of Edgeworth's novels which her father did not 'edit'.

Shortly before its publication, an introduction, glossary and footnotes, written in the voice of an English narrator, were added to the original text to blunt the negative impact the Edgeworths feared the book might have on English enthusiasm for the Act of Union 1800.

The novel is set prior to the Constitution of 1782 and tells the story of four generations of Rackrent heirs through their steward, Thady Quirk. The heirs are: the dissipated spendthrift Sir Patrick O'Shaughlin, the litigious Sir Murtagh Rackrent, the cruel husband and gambling absentee Sir Kit Rackrent, and the generous but improvident Sir Condy Rackrent. Their sequential mismanagement of the estate is resolved through the machinations—and to the benefit—of the narrator's astute son, Jason Quirk.

Kathryn Kirkpatrick suggests that the novel "both borrows from and originates a variety of literary genres and subgenres without neatly fitting into any one of them". It satirises Anglo-Irish landlords and their overall mismanagement of the estates they owned at a time when the English and Irish parliaments were working towards formalising their union through the Acts of Union. Through this and other works, Edgeworth is credited with serving the political, national interests of Ireland and the United Kingdom the way Sir Walter Scott did for Scotland.

Castle Rackrent is a dialogic novel, comprising a preface and conclusion by an editor bookending a first person narrative proper. It is widely regarded as the first British novel to use the device of a narrator who is both unreliable and an observer of, rather than a player in, the actions he chronicles. It also has a glossary (which was a last-minute addition).