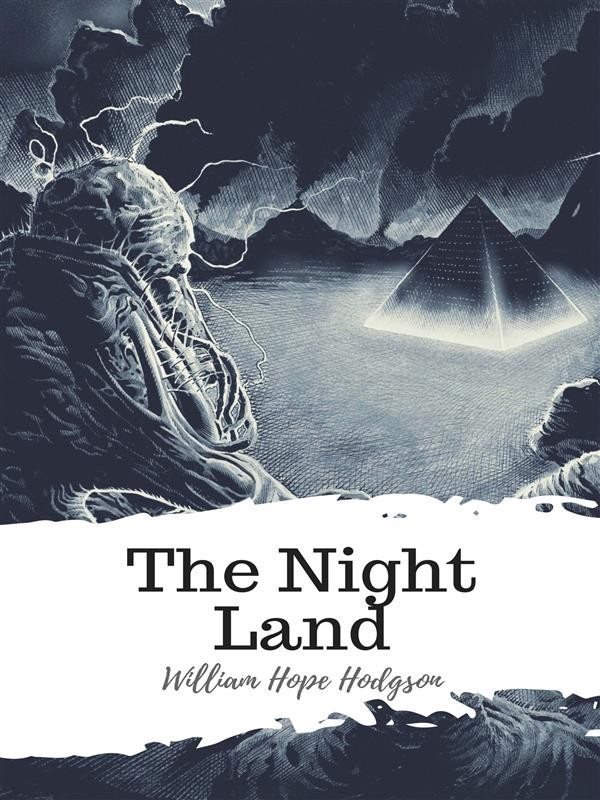 Described by H. P. Lovecraft as being "one of the most potent pieces of macabre imagination ever written", The Night Land is a classic horror fantasy novel by William Hope Hodgson published in 1912. Telling the story of a dying earth, The Night Land starts with a man from the 17th century who, mourning the death of his true love, is given a vision through the eyes his future incarnation. In that distant time Earth is only dimly lit by the remaining glow of the dead Sun. The last millions of the human race cluster together inside the Last Redoubt, a huge metal pyramid, and are set upon by mysterious forces from the dark outside. Leaving the protection of their refuge means certain death, but our narrator makes mind contact with a survivor in a forgotten Lesser Redoubt. He must journey alone through the evil darkness to find her, knowing that she is the reincarnation of his past precious love.