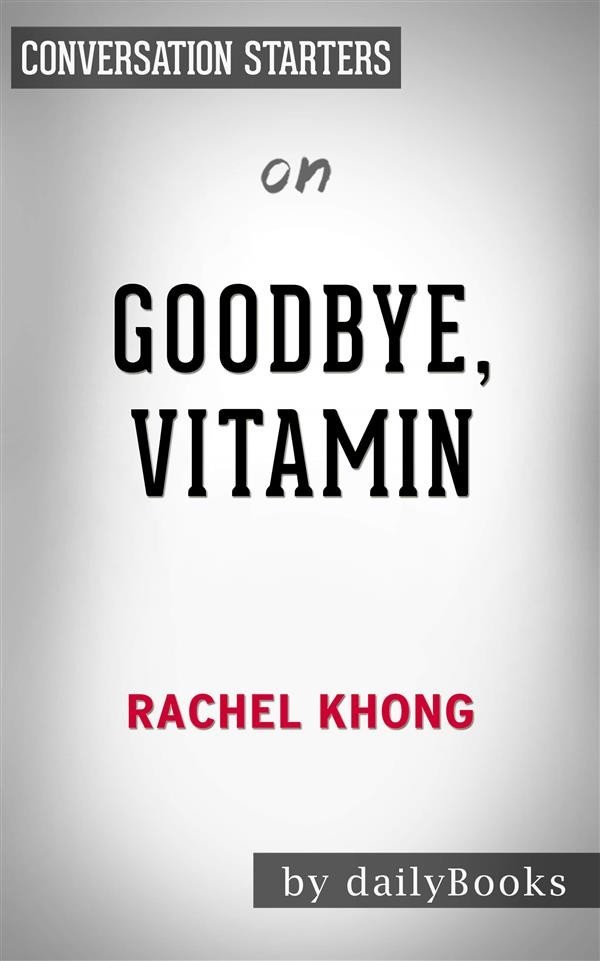 Goodbye, Vitamin is the debut novel from author Rachel Khong. It was published in July of 2017 by Henry Holt and Co. Goodbye, Vitamin tells the story of a young woman named Ruth. Ruth has recently separated from her fiance and decides to return to her parent's home for Christmas. This will be the first time Rachel has been home in several years. At home, Rachel learns that her father has just been diagnosed with Alzheimer's. Her mother asks her if she would stay to help around the house and help her father as his condition gets worse. Rachel agrees and uncovers many family secrets, but she also discovers that the love that was there before she left still exists.

Goodbye, Vitamin by Rachel Khong was nominated for the Goodreads Choice Award in 2017 in the Debut Goodreads Author category.