A Biography of Henry Clay, The Senator from Kentucky: and The life and Speeches of the Hon. Henry Clay 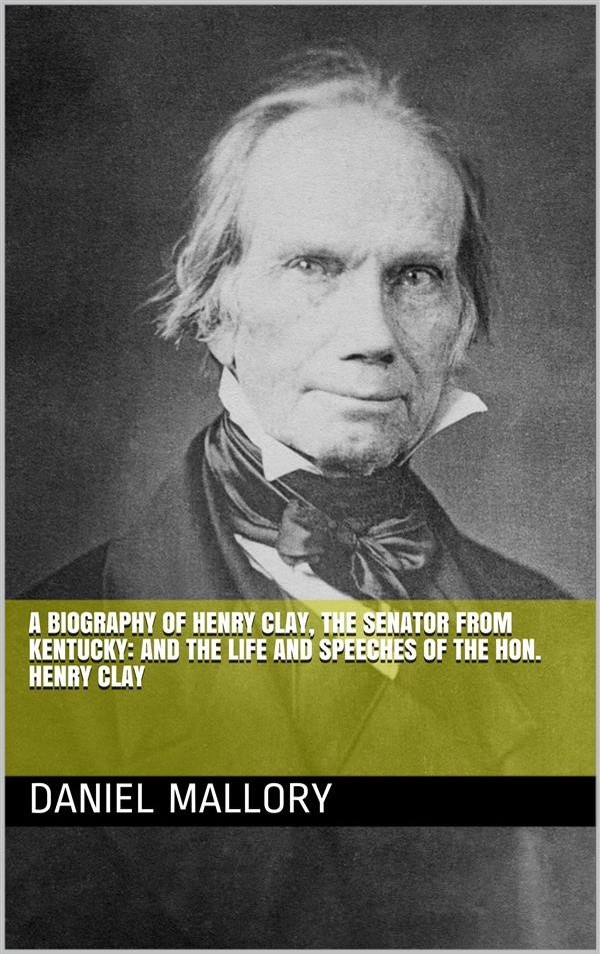 A Biography of Henry Clay, The Senator from Kentucky: and The life and Speeches of the Hon. Henry Clay

A Complete Report Of All His Speeches; Selections From His Private Correspondence; Eulogies In The Senate And House; And A Poem, By George D. Prentice, Esq.

Complete In One Volume.

The "Great Compromiser," Henry Clay, a native of Virginia, moved to Kentucky at the age of 20 and settled in Lexington. There he practiced law with great success, aided by his sharp wit and nimble mind. In 1806, after a stint in the Kentucky legislature, he was elected to fill the unexpired term of a U.S. senator who had resigned. Clay took the seat, although he was four months younger than the constitutional age requirement of 30. In 1807 he again was elected to the Kentucky legislature, where he eventually served as Speaker.

Clay spent most of the years from 1811 to 1825 in the U.S. House of Representatives, where he was elected Speaker his first day in office. Almost immediately Clay made a name for himself as one of the warhawks, the young politicians who fueled anti-British sentiment and helped bring about the War of 1812. In 1814, he served as one of the commissioners negotiating the Treaty of Ghent, which ended the war. During his years in the House, the well-respected Clay was elected Speaker six times.

It was during his time in the U.S. House that Clay urged that the United States become the center of an "American System," joined by all of South America, to wean the country away from dependence on the European economy and politics. He dedicated much of his career to a high protective tariff on imported goods, a strong national bank, and to extensive improvements in the nation's infrastructure.

In 1825, after an unsuccessful campaign for the presidency, Clay was appointed secretary of state under John Quincy Adams. He served in that position until 1829, and was subsequently elected to the U.S. Senate. From 1831 to 1842, and again from 1849 to 1852, Clay distinguished himself as one of the Senate's most effective and influential members.