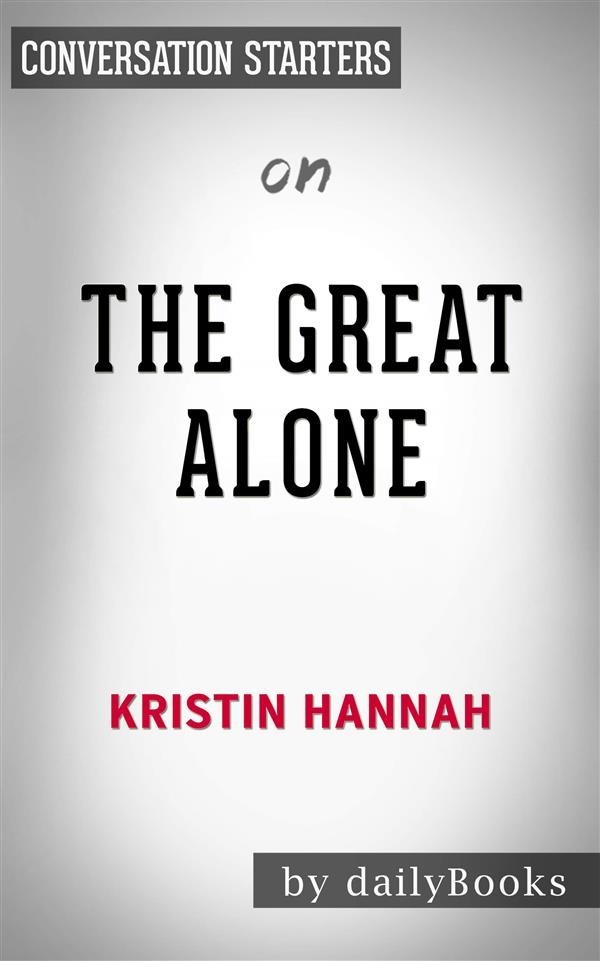 The Great Alone, the newest novel from author Kristin Hannah, tells the story of The Allbright Family. Ernt Allbright was an Army Veteran in the Vietnam War. The war changed who he was. He began volatile. He struggled to keep a job. He began having bouts of paranoia and aggression. He became an alcoholic, and he could no longer keep a job. When a friend leaves him a cabin in the wilderness of Alaska, Ernt makes the decision to move his family up there, where they will live off the grid. Leni Allbright is the 13-year-old daughter of Ernt and Cora Allbright. She is growing up at a difficult point in her family's story with her father's mental health issues and being moved around frequently. Though things seem great at first in Alaska, Cora and Leni quickly learn that they will have no one to depend on but each other.

The Great Alone by Kristin Hannah became a bestseller for The New York Times instantly upon its release in 2018. Kirkus has called this novel a “tour de force.”