Cancer—Its Cause and Treatment, Volume II. 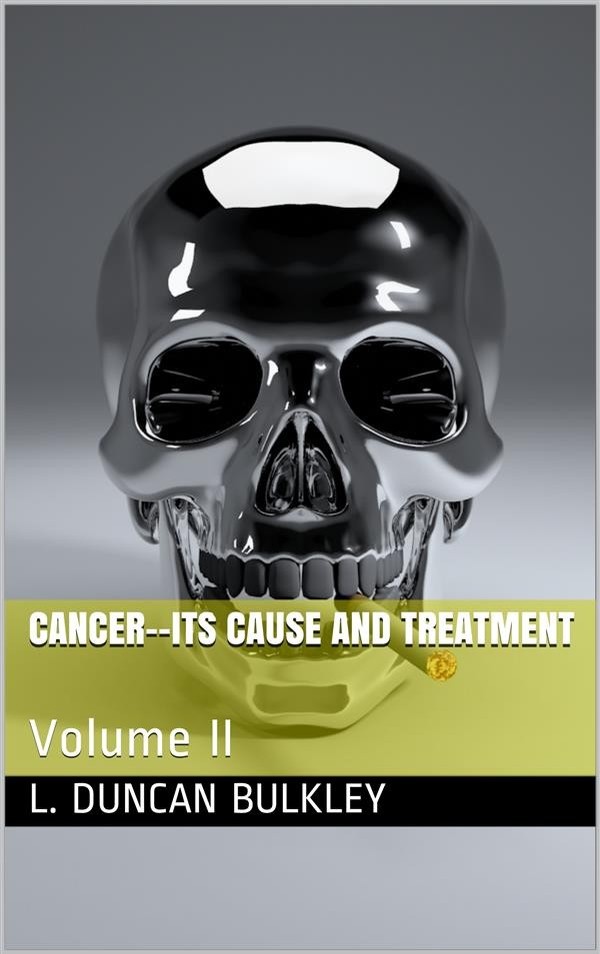 Cancer—Its Cause and Treatment, Volume II.

Two years ago the present writer ventured to put forth a small book in which cancer was considered from quite a different standpoint from that commonly held by the profession and laity. The kindly reviews of the medical press indicated that, while this was antagonistic to accepted views, there was warrant for such an investigation, in view of the steadily increasing mortality from cancer all over the world, under the present mode of purely surgical treatment.

all this, or possibly on account of it, the mortality from cancer during 1915 has been appreciably higher than the average yearly death rate during the preceding five years. It would seem, therefore, that there was increasing necessity for the study of the conditions which cause the disease, as found in the human system, rather than an increased study of pathological specimens and experimentation on animals.

During these two years the writer has sought to understand the disease better by constant clinical observation in private and public practise and by wider acquaintance with literature, and has been only strength ened and confirmed in the vlews which were set forth in the former small book, and which he has held and practised for over thirty years.

In the text of these and former lectures I have endeavored to show why and how cancer should be regarded from its medical aspects, and to illustrate by a few cases some of the results which could be obtained from this line of procedure. There is absolutely no claim or suggestion that the cancer problem has been solved, but only an aim to put the real cancer problem in such a light that others might follow and develop the subject in a manner fitting to the very great importance of the end so strongly desired by all, namely, the checking of the steadily rising morbidity and mortality of cancer.

Laboratory studies are of practical value as they supplement and enlighten clinical observation. The microscope and test tube have accomplished much for medicine and with animal experimentation have undoubtedly rendered inestimable service in its scientific advancement. But divorced from the practical study of patients they may fail in the ultimate end desired. In these and the former lectures I have endeavored to indicate certain lines of scientific investigation along which much more laboratory effort is desirable, in order to determine more definitely the metabolic and blood conditions which lead up to cancer. These I have attempted to follow to a limited degree in many cases, and found them of great service in their management.