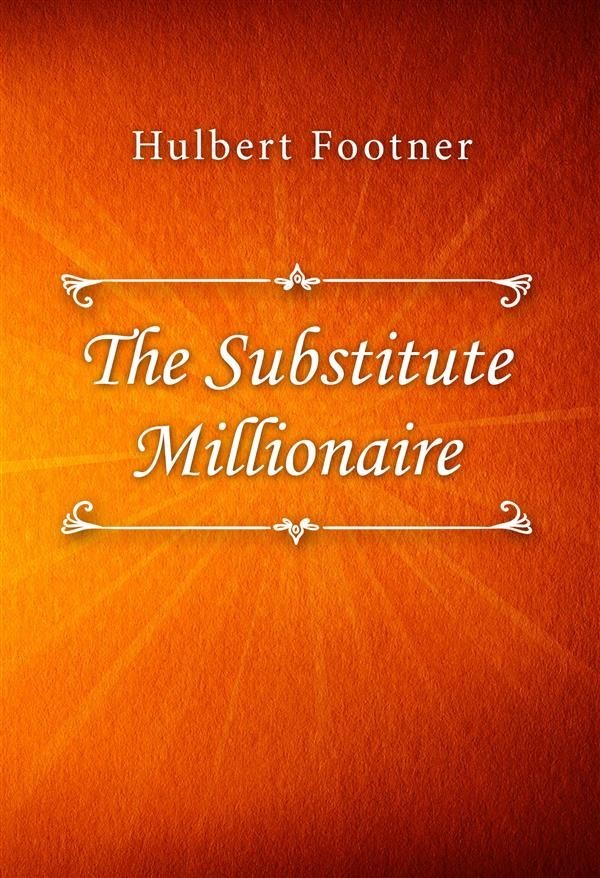 When Jack Norman, who was earning twelve dollars a week, suddenly came into Silas Gyde's huge fortune, he thought he was in for a good thing. But somehow the fickle jade never does seem to deal out her favors quite as openhandedly as we would wish, and the mysterious Society, who vowed vengeance on the holder of the Gyde millions, took Jack Norman all his time to outwit. Yet, in spite of the machinations of a beautiful scoundrel, a character, by the way, Mr. Footner handles with astonishing success, Jack Norman wins through a series of the most hair-breadth escapes and thrilling adventures, and marries the girl of his heart.
“Millions, a murder and much suspense make up the best good yarn about a man and his money since Brewster's Millions. Humor, mystery and adventure are rarely combined in this story of a young man who suddenly finds $80,000,000 at his disposal but under circumstances which make him liable to extinction by a band of criminals. He hires an actor to impersonate him and adventure follows adventure, thrill upon thrill, to an unforeseen climax. The book is more than all thrills, for Mr. Footner introduces whimsicalities that stir the risibles as well as carries his readers down into the hidden recesses of an anarchistic center.” – Publishers Weekly