The Woman in the Window: A Novel​​​​​​​ by A.J Finn | Conversation Starters 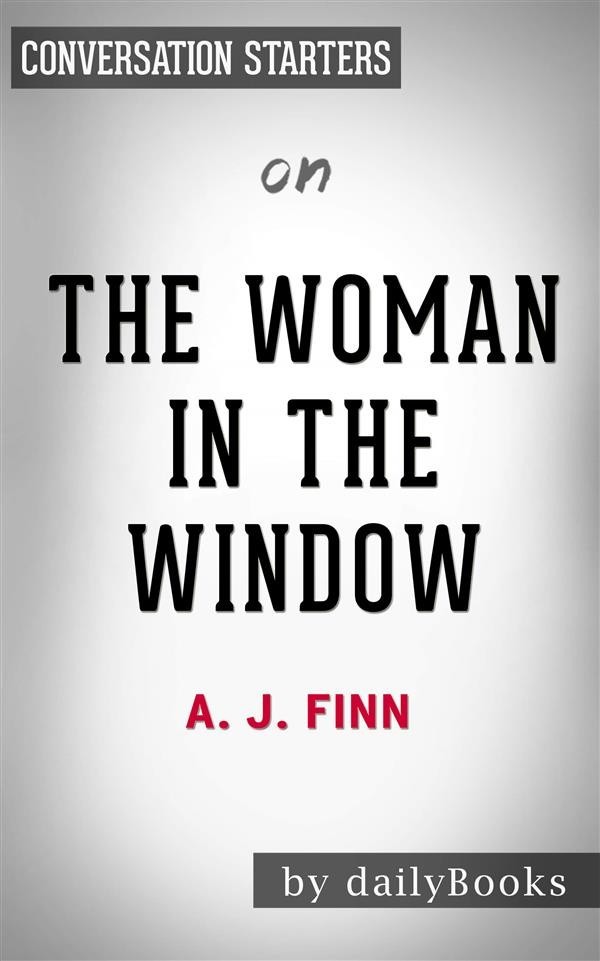 The Woman in the Window: A Novel​​​​​​​ by A.J Finn | Conversation Starters

The Woman in the Window: A Novel by A.J Finn | Conversation Starters

The Woman in the Window, J Finn’s debut novel, tells us a psychological thriller, capable of keeping readers up into the wee hours of the morning. Dr. Anna Fox, a child psychologist, became an extreme agoraphobic after living through a traumatic experience. While on medication, Fox deals with her loneliness through online encounters, merlot and spying on her neighbors. One family, in particular, has Fox curious about their seemingly perfect life. However, after hearing a bloodcurdling scream and witnessing something that shakes Fox to her core, nothing stays the same.
The Woman in the Window by J Finn is the newest addition to the sub-genre of psychological thrillers and has already become a New York Times bestseller. Printed in thirty-six languages and soon to be on the silver screen, A. J. Finn is an author to keep an eye on.