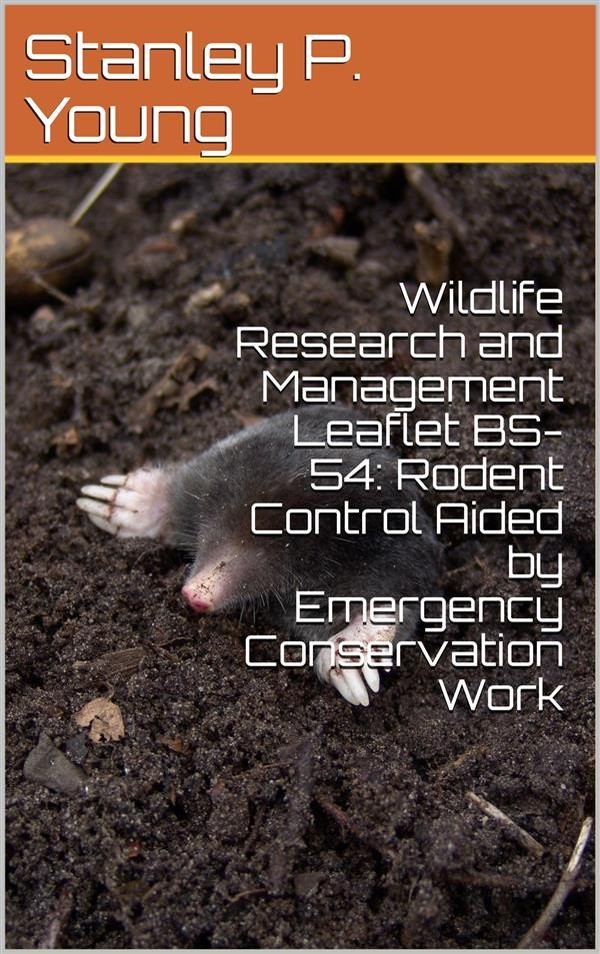 The Emergency Conservation Work Program has been of inestimable value in the control of prairie dogs, ground squirrels, pocket gophers, kangaroo rats, rabbits, and porcupines. The citizens of the West have been forced to carry on campaigns for the control of these rodents since the settlers first staked out claims on the prairies. To the agricultural interests of the West the control of rodents is as vital as is the proper spraying of trees throughout the East to prevent damage by insects. These small mammals cover the western ranges by countless thousands, and control is necessary if crops are to be grown.

Rodent control is nothing new. Records indicate that as early as 1808, strychnine was shipped by boat around Cape Horn to the Santa Barbara Mission, Calif., in order that the early settlers might kill off the ground squirrels. A constant fight has been waged ever, since, but unfortunately, while the landowners were willing to finance the killing of squirrels on their own holdings, the Federal Government provided inadequate funds to take care of the vast areas of public domain, national forests, Indian reservations, and other Federal holdings.