A New System of Sword Exercise for Infantry 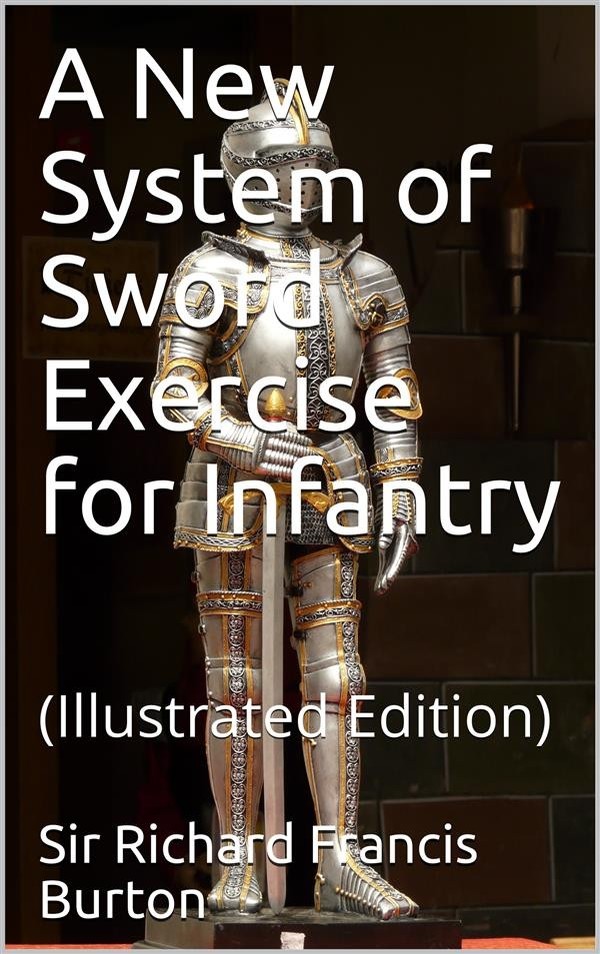 A New System of Sword Exercise for Infantry

The author, Sir Richard Burton, was an irredeemable contrarian, which is one reason he was the adventurer and scholar he was. So he looked at the British Army doctrine for the management of the sword, and realized that the 1874 manual on fencing was the 1845 edition, with the uniforms in the illustrations brought up to 1874's uniforms.

So Burton wrote what "aspire[d] to be the first Treatise in which the broadsword is scientifically taken in hand." As far as fencing goes, it was a supremely abbreviated training program, apparently intended to impart the bare minimum of competence with the sword in the minimum time. To this end, his emphasis was on 'manchette', swordplay that targets the opponent's wrist. Not a bad theory, and even somewhat practical for modern fencing.

As far as fencing theory, the book has a minor value and interest; manchette. The greater interest is in its place in history. Burton is a character that sheds light on Victorian England, by his actions, and the reactions of his contemporaries to him. The rational and systematic dismembering of the British Army's doctrine, is what's best in Victorian scientific thinking. Of course, he was a notorious troublemaker in his own time, and this book is the product of an expert rebel telling a huge conservative organization, "up yours".