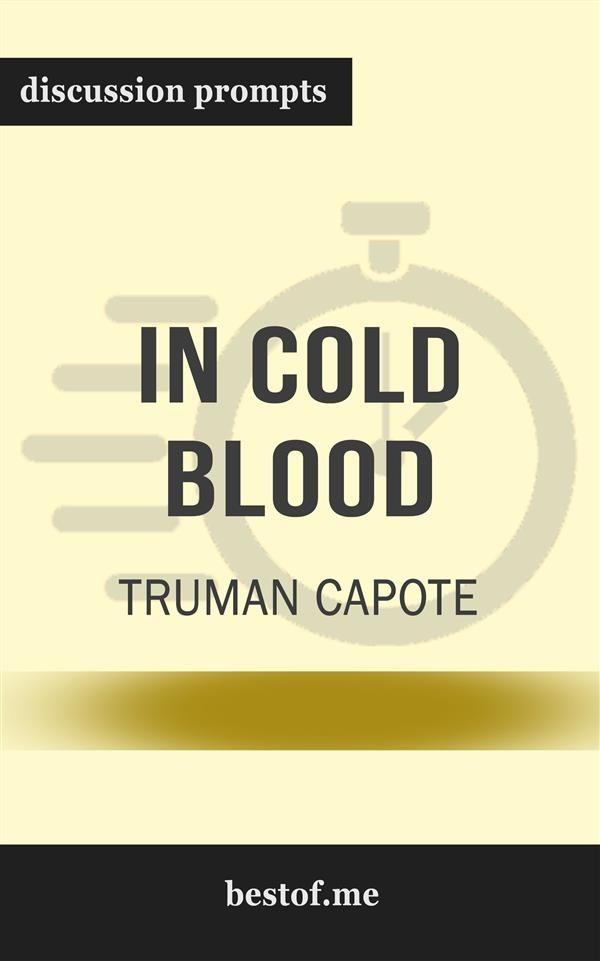 Truman Capote’s In Cold Blood: A True Account of a Multiple Murder and Its Consequences is hailed as the first ever non-fiction novel. This book was first published by in 1966. In the book, Capote details the infamous murders that happened in 1959. In Holcomb, Kansas, four members of the Herbert Clutter family were murdered in cold blood. When Truman Capote found out about the quadruple murder, he decided to travel all the way to Kansas. He was determined to write about the crime long before the killers were captured by the authorities. Capote was then accompanied by his fellow author and childhood friend Harper Lee. Together, Capote and Lee interviewed the investigators and local residents in Holcomb. Six weeks after the murders, the killers named Richard Hickock and Perry Smith were arrested. Eventually, they were executed. Truman Capote spent over six years completing his book. When it was published, In Cold Blood became an instant success.

In this comprehensive look into In Cold Blood by Truman Capote , you'll gain insight with this essential resource as a guide to aid your discussions. Be prepared to lead with the following:

Disclaimer: This is an unofficial and unauthorized companion guide based on In Cold Blood by Truman Capote and is not affiliated to the original work or author in any way. It does not contain any text of the original work. If you haven’t purchased the original work, we encourage you to do so first.