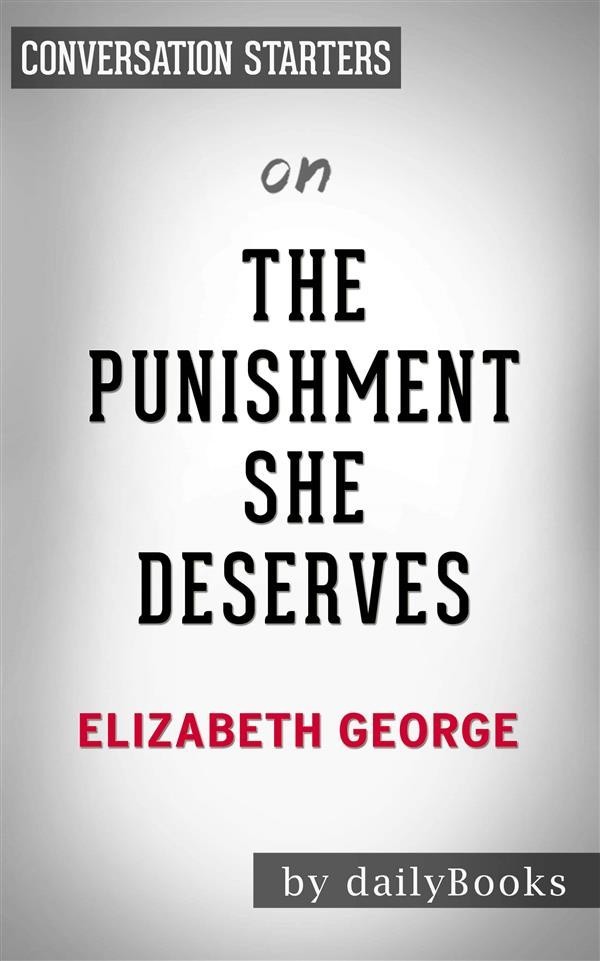 “The Punishment She Deserves” takes readers in one more adventure with Detective Inspector Thomas Lynley and Detective Sergeant Barbara Havers as they try to solve an impossible case in a historic medieval town south of England. Ludlow’s inhabitants are shocked when one of the most respected residents – Ian Druitt, the town’s priest– is charged with a horrendous crime. Then, while in custody, police found him dead. Unsure if he was murdered or if he killed himself, Detectives Lynley and Havers are forced to confront their own pasts to find the answer.
The 20th book in the Inspector Lynley series was written by The New York Times bestselling author Elizabeth George. The Wall Street Journal described her as a writer who can do it all, suspense, social criticism, violence, passion, wickedness and possible redemption; but with style.