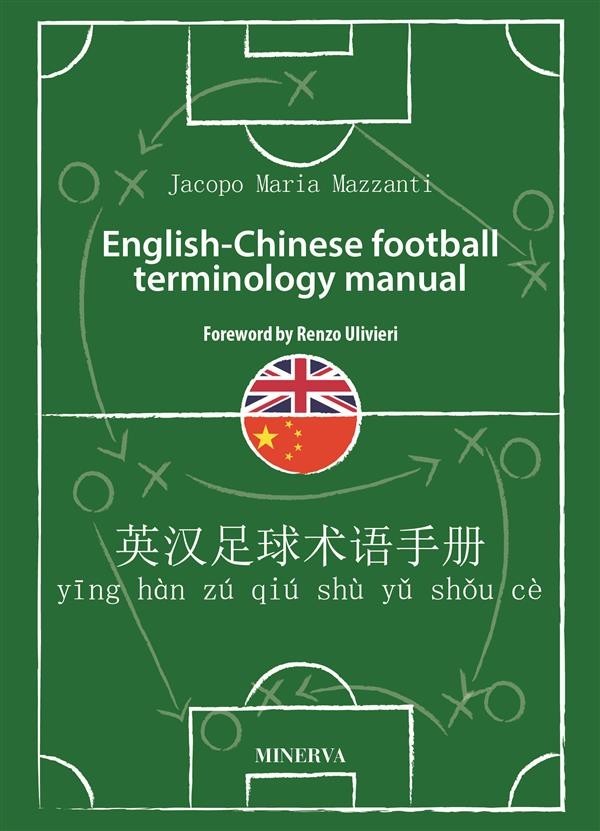 The author has conceived in an original way a unique instrument of its kind. A manual of football terms used in international football, which allows students, fans and the curious to enter the linguistic dimension of football terms between the West and China.

The work is divided into three parts.
In the first part an effective historical synthesis contextualizes the use of the Pinyin system, which allows a phonetic transliteration in the interpretation of Chinese ideograms, with which we are able to produce corresponding sounds.
There follows a repertoire of over 400 usual phrases, in common use, for a basic communication of the employees: coaches, athletic trainers, players, referees, reporters. In the context of football terminology.

In the second part we find over 1200 football terms, arranged in synoptic form of Italian - Chinese - Pinyin.
A visual formula that allows a quick correspondence between languages, to grasp the translation and the analytical sense of a vast repertoire of definitions in use.

The third and final part is dedicated to the definition of the technical terms relating to the football field, the game systems, highlighted with effective illustrations, the ways in which the player comes into contact with the fundamental tool, the soccer ball.
In the appendix, a large anthology of information on footballers, international clubs, national teams that have won the world cup.
The goal that every generation of footballers and passionate fans of this extraordinary game cultivate.