International migrant remittances and their role in development: opportunities and therats 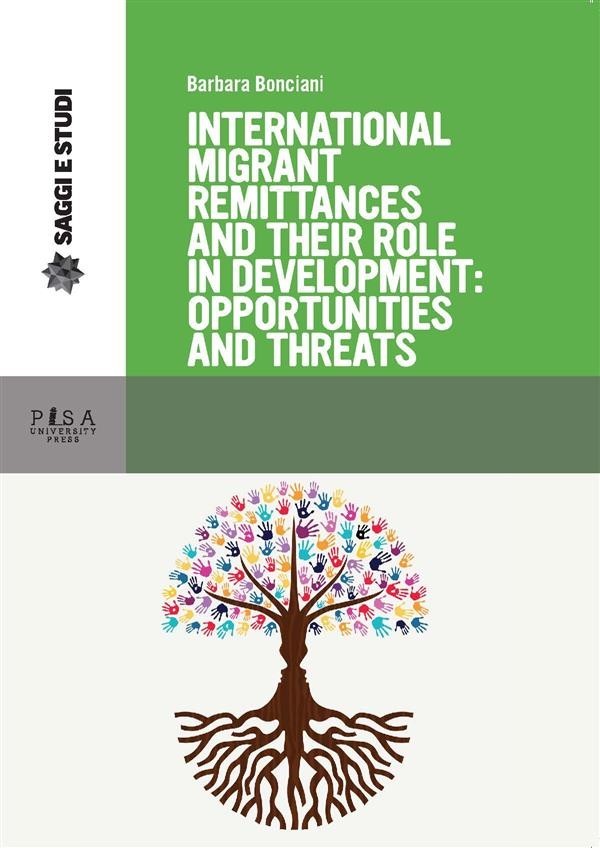 International migrant remittances and their role in development: opportunities and therats

This book deals critically with the link between the migrants’ remit-tances and the developmental processes in the countries of origin of the migratory ows. Being able to provide a basic income or an additional income to the families, personal remittances contribute to the improvement of living conditions in many poor countries. Until now, however, this money is mostly spent on essential goods and only very rarely it is invested in income creating assets. This book claims that there are some obstacles that need to be overcome so that remittances can help the transformation of the societies of developing countries and become a tool for bottom-up processes of economic and social self-determination. In this regard, there are various challenges that the international community and all stakeholders need to face. Among these, the costs of transferring remittances as well as the difficulty for the families to use the remittances for other than consumption are of particular importance.
Moreover, it is necessary to fight the negative effects of remittances, promoting culture of emigration. Remittances often create a depend- ence between the immigrants’ countries of origin and destination, taking away responsibility from the governments of the beneficiary countries and creating passivity in the families that receive the money. We will argue that this dependence limits the opportunities of development of the countries of origin and is capable of influencing the migratory ows.

Barbara Bonciani is contracted professor in Sociology of Development at the University of Pisa and Research Associate at the IRCRES-CNR. She holds a PhD in Sociology from the University of Pisa. She was Robert Schuman studentship at the European Parliament and Marie Curie Fellow at the University of Newcastle Upon Tyne. Her research interests lie in Development and International Cooperation, especially around issues of international migrations, migrant remittances and transnationalism. Barbara has collaborated with the European Commission (DEAR Project) and the ACP-EU Joint Parliamentary Assembly. Her publications include a number of articles in peer-re- viewed journals as well as books and book chapters.