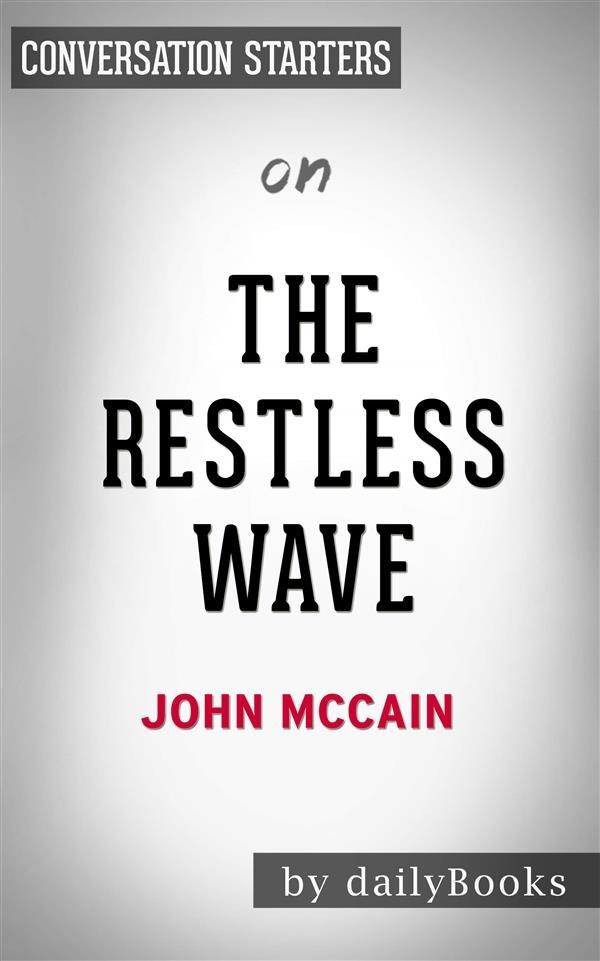 In his latest memoir, The Restless Wave: Good Times, Just Causes, Great Fights, and Other Appreciations Senator John McCain contemplates his life, his career and his connection to his fellow Americans, from his 2008 campaign against Barack Obama to his incessant fight for democracy and human rights in Eastern Europe and the Middle East. Explaining that he doesn’t know how much time he has left, due to his brain cancer, McCain expresses his desire to keep sharing his vision for as long as he can.

Senator Lindsey Graham, writing for The New York Times, described The Restless Wave as mandatory reading for anyone who wishes to govern in a democracy.  The book is already available for pre order, and it’s going to be published on May the 22nd.