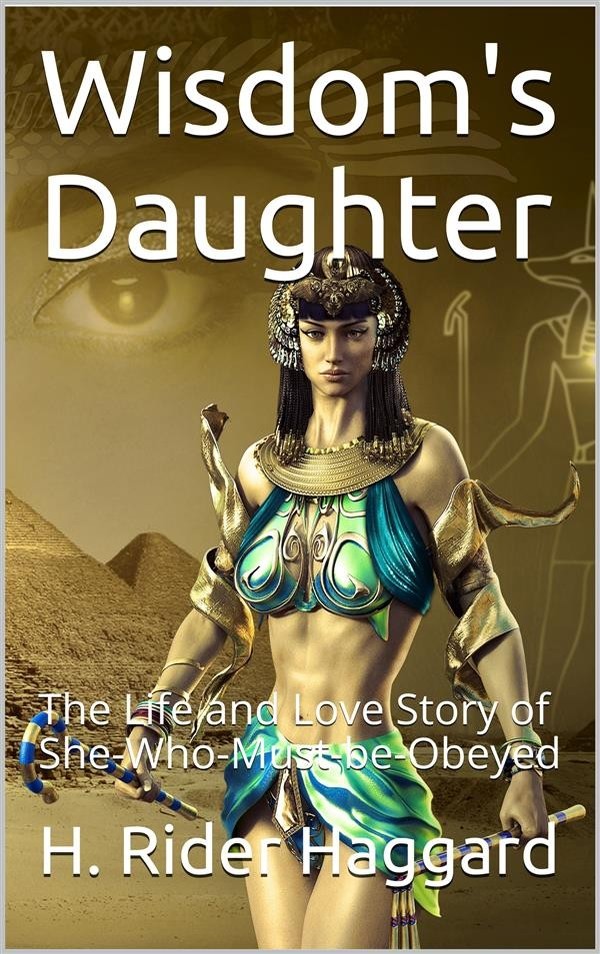 As Holly points out, the story is told from She's perspective, and since She claims to have lived for over two thousand years, since Ancient Egypt, there is no way to compare her story with any other sources, or witnesses.

She Who Must Be Obeyed says that she was Arabian, by birth; and given the name Ayesha.

She claims that her natural beauty and wisdom was so great, it caused wars between the princes, who wanted to marry her. She says that while this was at first a great source of pride among her Father’s people, they soon began to resent her, and spread vicious rumours that she was cursed.

Ayesha leads her Father’s people into victory, and revels in the battle; but, the women envy her, and the men lust after her. So, she decides to go into hiding, with her tutor, an Egyptian priest; rather than be turned over to the approaching armies of Pharaoh.

She tells about travelling through the ancient world, encountering all the major artists, who want her to model for them; as well as philosophers, and religions of the time, from Ancient Greece and fledgling Ancient Rome to Palestine and Jerusalem.

Finally, they return to Egypt, where once again, her beauty and wisdom become a source of contention. She swears an oath of celibacy, to serve Isis the Goddess of the Spirit of Nature, and turn away from Aphrodite the Goddess of Love.

But, soon a Greek soldier of fortune, Kallikrates, formerly employed by the Pharaoh, comes to her for sanctuary. He takes an oath to serve Isis; but the Pharaoh's daughter pursues him; and, seeing the way Ayesha looks at him, she determines to destroy her, as a rival.

The Princess mocks Ayesha's prophecies as mere parlor tricks. She goads her Father into giving Ayesha away, as a sex slave, to one of his allies.

Repeatedly, Ayesha is in danger; but, even in the midst of fire and battle, Isis and her followers save her from ruin and rape. Ayesha's fame grows so great, that she is called "Isis Come To Earth" and “Wisdom's Daughter”.

Finally, the King of Kings, of the Persian Empire, comes to see her. He laughs that anyone would be afraid of what must be an old hag, as Isis's Priestess. He spits on Isis's statues, and burns the old gods. However, again her beauty, which the King glimpses beneath her veil; betrays her; and, he determines to rape her, with the rest of the country.

Isis saves her; and, they escape, to reunite with her old Captain, Kallikrates, and the Princess.

Ayesha is inspired that Isis wants to rebuild her cult and usher in a new Golden Age, in the world, through herself. She is led to the hidden kingdom of Kor, in Africa, to begin.

Once there, Ayesha meets her former tutor, who has been guarding The Flame of Eternal Life, which will make a person young and powerful, for as long as the world endures. He passes this one last mystery onto Ayesha, warning her of its temptation to her vanity.

The Princess mocks Ayesha's fading youth; and feeling ashamed, in front of Kallikrates, Ayesha determines to break her oaths, and make herself and him both immortal, to rule the world, like Gods, by stepping into The Flame. This way she feels she will be as "Isis Come To Earth", indeed. But, "Wisdom's Daughter" is Fortune's Fool, and falls by Love's Folly.