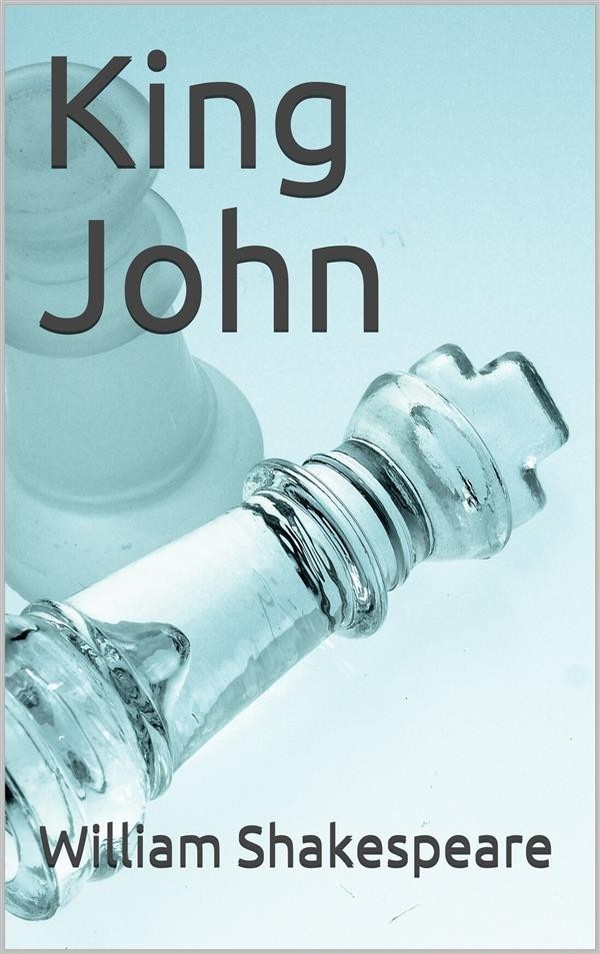 The Life and Death of King John, a history play by William Shakespeare, dramatises the reign of John, King of England (ruled 1199–1216), son of Henry II of England and Eleanor of Aquitaine and father of Henry III of England. It is believed to have been written in the mid-1590s but was not published until it appeared in the First Folio in 1623.

King John receives an ambassador from France who demands with a threat of war that he renounce his throne in favour of his nephew, Arthur, whom the French King Philip believes to be the rightful heir to the throne.

John adjudicates an inheritance dispute between Robert Faulconbridge and his older brother Philip the Bastard, during which it becomes apparent that Philip is the illegitimate son of King Richard I. Queen Eleanor, mother to both Richard and John, recognises the family resemblance and suggests that he renounce his claim to the Falconbridge land in exchange for a knighthood. John knights the Bastard under the name Richard.

In France, King Philip and his forces besiege the English-ruled town of Angiers, threatening attack unless its citizens support Arthur. Philip is supported by Austria, who is believed to have killed King Richard. The English contingent arrives; Eleanor trades insults with Constance, Arthur's mother. Kings Philip and John stake their claims in front of Angiers' citizens, but to no avail: their representative says that they will support the rightful king, whoever that turns out to be.

The French and English armies clash, but no clear victor emerges. Each army dispatches a herald claiming victory, but Angiers' citizens continue to refuse to recognize either claimant because neither army has proven victorious.

The Bastard proposes that England and France unite to punish the rebellious citizens of Angiers, at which point they propose an alternative: Philip's son, Louis the Dauphin, should marry John's niece Blanche, a scheme that gives John a stronger claim to the throne, while Louis gains territory for France. Though a furious Constance accuses Philip of abandoning Arthur, Louis and Blanche are married.

Cardinal Pandolf arrives from Rome bearing a formal accusation that John has disobeyed the pope and appointed an archbishop contrary to his desires. John refuses to recant, whereupon he is excommunicated. Pandolf pledges his support for Louis, though Philip is hesitant, having just established family ties with John. Pandolf brings him round by pointing out that his links to the church are older and firmer.