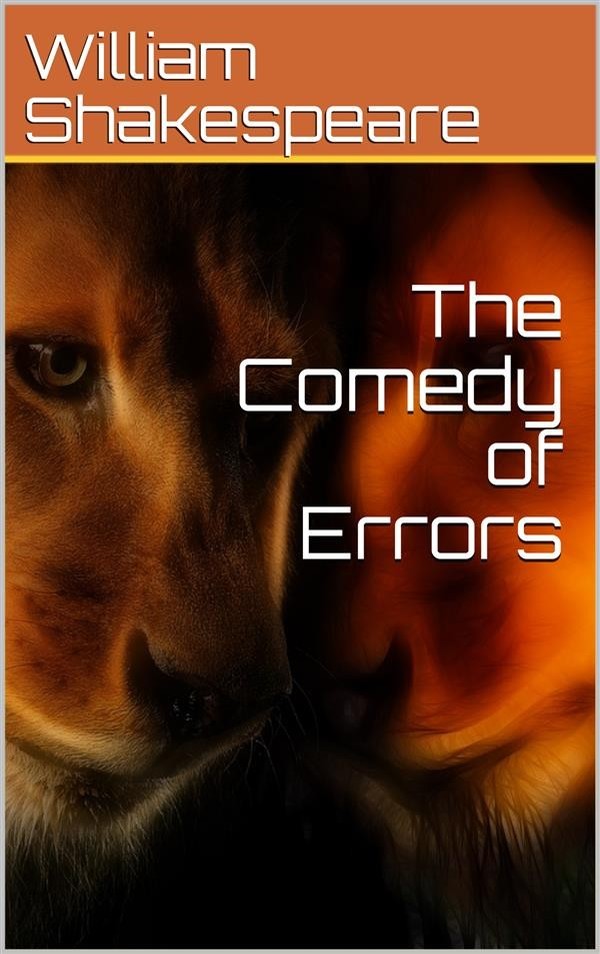 The Comedy of Errors is one of William Shakespeare's early plays. It is his shortest and one of his most farcical comedies, with a major part of the humour coming from slapstick and mistaken identity, in addition to puns and word play. The Comedy of Errors is, along with The Tempest, one of only two Shakespearean plays to observe the Aristotelian principle of unity of time—that is, that the events of a play should occur over 24 hours. It has been adapted for opera, stage, screen and musical theatre numerous times worldwide. In the centuries following its premiere, the play's title has entered the popular English lexicon as an idiom for "an event or series of events made ridiculous by the number of errors that were made throughout".

Set in the Greek city of Ephesus, The Comedy of Errors tells the story of two sets of identical twins who were accidentally separated at birth. Antipholus of Syracuse and his servant, Dromio of Syracuse, arrive in Ephesus, which turns out to be the home of their twin brothers, Antipholus of Ephesus and his servant, Dromio of Ephesus. When the Syracusans encounter the friends and families of their twins, a series of wild mishaps based on mistaken identities lead to wrongful beatings, a near-seduction, the arrest of Antipholus of Ephesus, and false accusations of infidelity, theft, madness, and demonic possession.

Because a law forbids merchants from Syracuse to enter Ephesus, elderly Syracusian trader Egeon faces execution when he is discovered in the city. He can only escape by paying a fine of a thousand marks. He tells his sad story to Solinus, Duke of Ephesus. In his youth, Egeon married and had twin sons. On the same day, a poor woman without a job also gave birth to twin boys, and he purchased these as slaves to his sons. Soon afterward, the family made a sea voyage and was hit by a tempest. Egeon lashed himself to the main-mast with one son and one slave, and his wife took the other two infants. His wife was rescued by one boat, Egeon by another. Egeon never again saw his wife or the children with her. Recently his son Antipholus, now grown, and his son's slave Dromio left Syracuse to find their brothers. When Antipholus did not return, Egeon set out in search of him. The Duke is moved by this story and grants Egeon one day to pay his fine.

That same day, Antipholus arrives in Ephesus, searching for his brother. He sends Dromio to deposit some money at The Centaur, an inn. He is confounded when the identical Dromio of Ephesus appears almost immediately, denying any knowledge of the money and asking him home to dinner, where his wife is waiting. Antipholus, thinking his servant is making insubordinate jokes, beats Dromio of Ephesus.

Dromio of Ephesus returns to his mistress, Adriana, saying that her "husband" refused to come back to his house, and even pretended not to know her. Adriana, concerned that her husband's eye is straying, takes this news as confirmation of her suspicions.

Antipholus of Syracuse, who complains "I could not speak with Dromio since at first, I sent him from the mart," meets up with Dromio of Syracuse who now denies making a "joke" about Antipholus having a wife. Antipholus begins beating him. Suddenly, Adriana rushes up to Antipholus of Syracuse and begs him not to leave her. The Syracusans cannot but attribute these strange events to witchcraft, remarking that Ephesus is known as a warren for witches. Antipholus and Dromio go off with this strange woman, the one to eat dinner and the other to keep the gate.