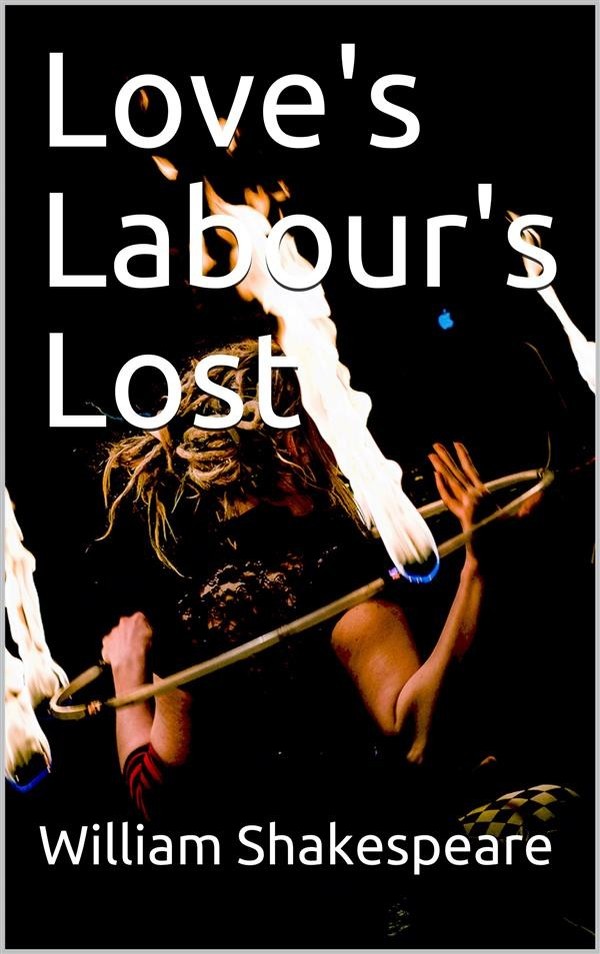 Love's Labour's Lost is one of William Shakespeare's early comedies, believed to have been written in the mid-1590s for a performance at the Inns of Court before Queen Elizabeth I. It follows the King of Navarre and his three companions as they attempt to swear off the company of women for three years in order to focus on study and fasting. Their subsequent infatuation with the Princess of France and her ladies makes them forsworn. In an untraditional ending for a comedy, the play closes with the death of the Princess's father, and all weddings are delayed for a year. The play draws on themes of masculine love and desire, reckoning and rationalisation, and reality versus fantasy.

Though first published in quarto in 1598, the play's title page suggests a revision of an earlier version of the play. While there are no obvious sources for the play's plot, the four main characters are loosely based on historical figures. The use of apostrophes in the play's title varies in early editions, though it is most commonly given as Love's Labour's Lost.

Ferdinand, King of Navarre, and his three noble companions, the Lords Berowne, Dumaine, and Longaville, take an oath not to give in to the company of women. They devote themselves to three years of study and fasting; Berowne agrees somewhat more hesitantly than the others. The King declares that no woman should come within a mile of the court. Don Adriano de Armado, a Spaniard visiting the court, comes to tell the King of a tryst between Costard and Jaquenetta. After the King sentences Costard, Don Armado confesses his own love for Jaquenetta to his page, Moth. Don Armado writes Jaquenetta a letter and asks Costard to deliver it.

The Princess of France and her ladies arrive, wishing to speak to the King regarding the cession of Aquitaine, but must ultimately make their camp outside the court due to the decree. In visiting the Princess and her ladies at their camp, the King falls in love with the Princess, as do the lords with the ladies. Berowne gives Costard a letter to deliver to the lady Rosaline, which Costard switches with Don Armado's letter that was meant for Jaquenetta. Jaquenetta consults two scholars, Holofernes and Sir Nathaniel, who conclude that the letter is written by Berowne and instruct her to tell the King.

The King and his lords lie in hiding and watch one another as each subsequently reveals their feelings of love. The King ultimately chastises the lords for breaking the oath, but Berowne reveals that the King is likewise in love with the Princess. Jaquenetta and Costard enter with Berowne's letter and accuse him of treason. Berowne confesses to breaking the oath, explaining that the only study worthy of mankind is that of love, and he and the other men collectively decide to relinquish the vow. Arranging for Holofernes to entertain the ladies later, the men then dress as Muscovites and court the ladies in disguise. The Queen's courtier Boyet, having overheard their planning, helps the ladies trick the men by disguising themselves as each other. When the lords return as themselves, the ladies taunt them and expose their ruse.