A Voice from the Main Deck 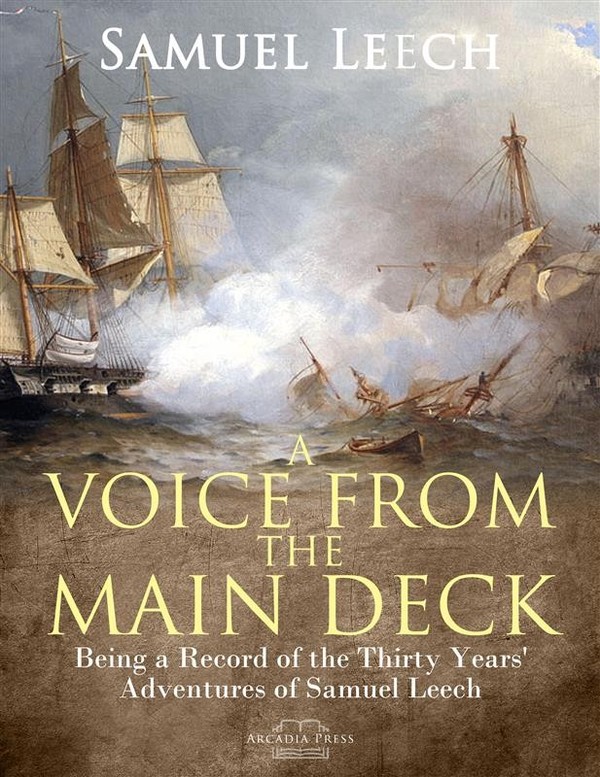 A Voice from the Main Deck

Samuel Leech (1798–1848) was a young sailor in the Royal Navy and the United States Navy during the War of 1812. He became notable as one of very few who wrote an account of his experiences, titled, in the manner of the time, "A Voice from the Main Deck".

Leech's nautical career began in 1810, at the age of thirteen, when Lord William FitzRoy agreed to take Samuel into his frigate HMS Macedonian.
He was a powder monkey during Macedonian's duel with the United States in 1812, and would later vividly describe the carnage on board the British ship before she struck her colors.
He was a prisoner of war but his imprisonment seems not to have been too uncomfortable, and did not last long in any case, since the war ended the following year.
Many years later he revisited Macedonian, now a US ship, when it was in port in New York (probably 1840), and perhaps this encounter inspired his book, which was published by Tappen & Dennet in 1843.