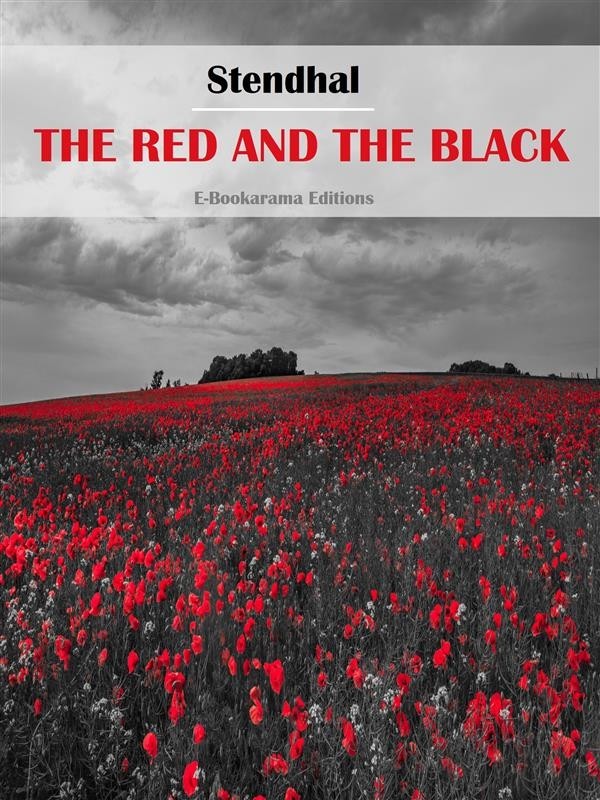 "The Red and the Black", novel by Stendhal, published in French in 1830 as "Le Rouge et le noir". It is generally considered the author’s major work and one of the greatest 19th-century novels.

"The Red and the Black" is a fictional depiction of French society in the 1820’s, two decades after the French Revolution and its ensuing Terror. The plot was based on Stendhal’s personal experiences, on legal documents, and on historical accounts. Specifically, the story was prompted by a real-life case reported in a French newspaper over four days in late December, 1827. The story concerned Antoine Berthier, a twenty-five-year-old tutor and former theological student who a few months before had murdered a woman whose children he had tutored; the murder took place in a church during Mass. This case was the seed for Stendhal’s novel.

Stendhal portrays a society fraught with materialism and hypocrisy at all levels. The peasants know how to ingratiate themselves with the rural bourgeoisie in order to profit; the bourgeoisie are in constant competition to outdo each other in status, as is the Parisian aristocracy. Even the Catholic Church is not exempt from this materialism and hypocrisy. Stendhal’s protagonist, Julien Sorel, is a young peasant who is ill suited to work in his father’s sawmill in the provincial town of Verrières. Julien is an opportunist intent on rising in society. He hates his peasant class and his status as a member of that class; he idolizes Napoleon, but Napoleonic France is dead, and rather than get ahead through the military (the “red”), Julien recognizes the Church (the “black”) as the means of rising beyond his station. Having learned Latin from the Abbé Chélan, he finds first opportunity when Abbé Chélan recommends him as a tutor for the children of the Rênals...