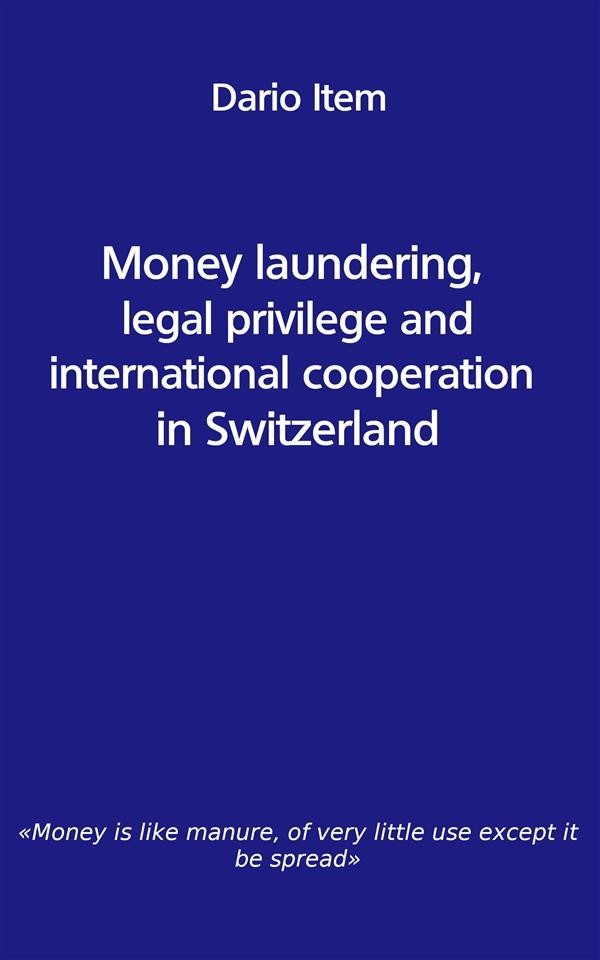 What is hiding behind the Swiss bank system? Is it really about the criminal banks we can find in movies, books, or TV series? Mr. Dario Item, attorney-at-law, leads us in a journey through the true “Swiss model”, showing us how it is changing under pressure from European legislation.
For decades, Switzerland has been seen as the beating heart of money laundering. All the funds that entered Swiss banks were protected by strict secrecy, which forbid letting information about account holders out. Or, at least, this is what was believed, and that – at least partly – still is believed. But as Mr. Dario Item shows us, reality is much more complex and less banal than how popular imagination would depict it.
Swiss banks have signed a large number of international agreements, many of which are centered on administrative collaboration between banks. The country’s bank policy has thus made strides towards transparency and conformity to the laws of other nations. Despite this, to the general public Switzerland remains a land of tax evasion and money laundering. Why?
This essay from Mr. Item tries to give an answer to this question, starting from the origins of the Switzerland “phenomenon”. Chapter after chapter, he examines the judiciary aspects and the law changes that have occurred in the last years.

How the essay on the “European Switzerland” is developed

The monograph shows the transition from the old Switzerland to the new “European Switzerland”. To this goal, it is developed as follows.


Who is Mr. Dario Item, Attorney-at-law

Mr. Dario Item joins the Cantone Ticino Lawyer Register in 1998. The following year, in 1999, he also joins the Cantone Ticino Bar Association. He is a member of the Swiss Federation of Lawyers and Notaries, and since 2000 he has been working together with the law firm I&P Law Office SA from Lugano.
Mr. Item has worked and still works in several facets of the law profession. Banking and Finance, about which this monograph talks, is but one of these. He also works in the following fields: Over the years he thus developed a deep knowledge of several facets of his career, mostly linked to the economic and international fields. It is also in part thanks to this that he nowadays is Ambassador of Antigua and Barbuda to the Kingdom of Spain, the Principality of Monaco, and the Principality of Liechtenstein.