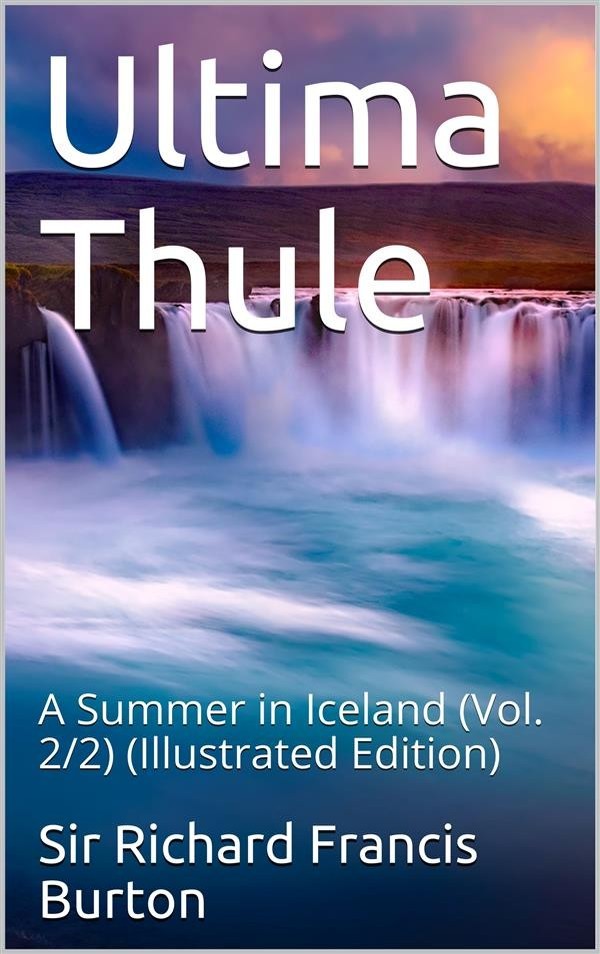 Burton was an eccentric, very well-informed Victorian explorer, better known for his travels in Asia and Africa. This is his account of a three-month trip to Iceland in the summer of 1872. He had, of course, mastered Icelandic before going - he was fluent in many languages, and as such he has expectations of his readers too: he does translate or explain Icelandic phrases but he expects his readers to be familiar with Latin (quite lengthy passages, untranslated) and other languages.

The preliminaries to his tour, full of details about the history, politics, economy &c of Iceland, take up about a quarter of the book. The book consists of engravings and folding maps, and a little gold longship on the spine of each volume and a little gold relief map of Iceland.

This is a book of its time, so expect some comments and attitudes we don't feel comfortable with today - casual racism, even anti-Semitism, and so on, and the expectation that a traveller finds interesting birds and other wildlife in another country largely with the aim of shooting them (also, extraordinarily, ancient human remains seem to be something Victorian explorers felt no qualms about collecting and removing).