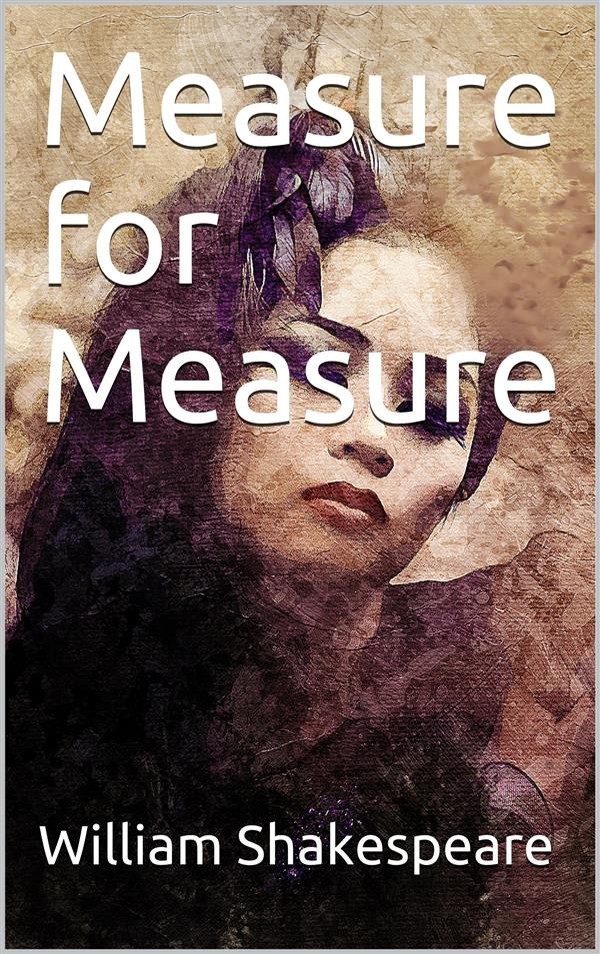 Measure for Measure is a play by William Shakespeare, believed to have been written in 1603 or 1604. Originally published in the First Folio of 1623, where it was listed as a comedy, the play's first recorded performance occurred in 1604. The play's main themes include justice, "morality and mercy in Vienna," and the dichotomy between corruption and purity: "some rise by sin, and some by virtue fall." Mercy and virtue prevail, as the play does not end tragically, with virtues such as compassion and forgiveness being exercised at the end of the production. While the play focuses on justice overall, the final scene illustrates that Shakespeare intended for moral justice to temper strict civil justice: a number of the characters receive understanding and leniency, instead of the harsh punishment to which they, according to the law, could have been sentenced.

Measure for Measure is often called one of Shakespeare's problem plays. It continues to be classified as a comedy, albeit a dark one, though its tone may defy those expectations.

Vincentio, the Duke of Vienna, makes it known that he intends to leave the city on a diplomatic mission. He leaves the government in the hands of a strict judge, Angelo.

In the next scene, we find a group of soldiers on a Vienna street, expressing their hopes, in irreverent banter, that a war with Hungary is afoot, and that they will be able to take part. Mistress Overdone, the operator of a brothel frequented by these same soldiers, appears and tells them "there's one yonder arrested and carried to prison was worth five thousand of you all." She tells them that it is "Signor Claudio," and that "within these three days his head to be chopped off" as punishment for "getting Madam Julietta with child." Lucio, one of the soldiers who is later revealed to be Claudio's friend, is astonished at this news and rushes off. Then comes Pompey Bum, who works for Mistress Overdone as a pimp, but disguises his profession by describing himself as a mere 'tapster' (the equivalent of a modern bartender), avers to the imprisonment of Claudio and outrageously explains his crime as "Groping for trouts in a peculiar river."

He then informs Mistress Overdone of Angelo's new proclamation, that "All houses [of prostitution] in the suburbs of Vienna must be plucked down." The brothels in the city "shall stand for seed: they had gone down too, but that a wise burgher put in for them." Mistress Overdone is distraught, as her business is in the suburbs. "What shall become of me?" she asks. Pompey replies with a characteristic mixture of bawdy humor and folk-wisdom, "fear you not: good counselors lack no clients: though you change your place, you need not change your trade... Courage! there will be pity taken on you: you that have worn your eyes almost out in the service, you will be considered."

Claudio is then led past Pompey and Overdone on his way to prison, and explains what has happened to him. Claudio married Juliet, but, as they have not completed all the strict legal technicalities, they were still considered to be unmarried when Juliet became pregnant. Angelo, as the interim ruler of the city, decides to enforce a law that fornication is punishable by death, so Claudio is sentenced to be executed. Claudio's friend, Lucio, visits Claudio's sister, Isabella, a novice nun, and asks her to intercede with Angelo on Claudio's behalf.