Three Wrong Turns in the Desert 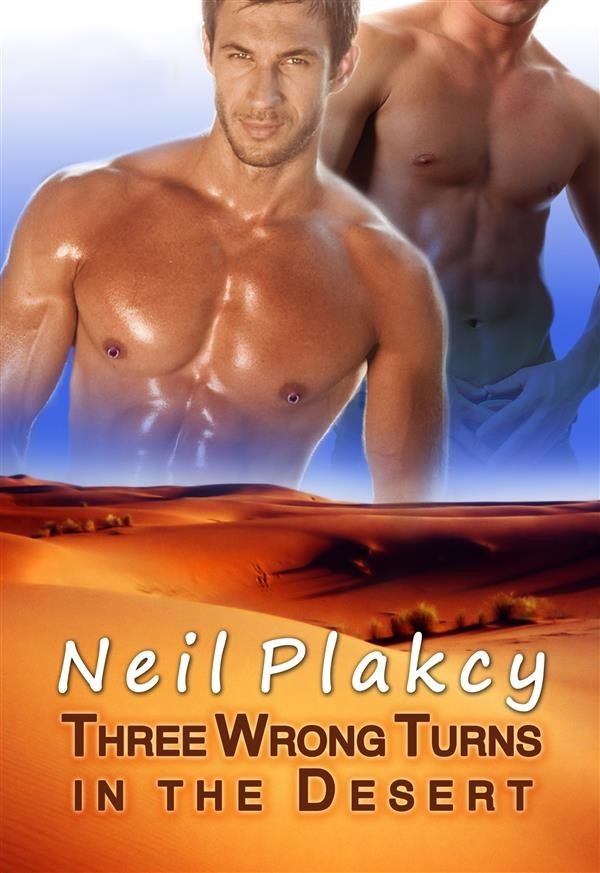 Three Wrong Turns in the Desert

Dumped by his long-term partner, ESL teacher Aidan Greene leaves Philadelphia for a job in Tunis. But when his job evaporates due to bureaucratic bungling and an American courier is killed in front of him, his life takes a very different turn. Bodyguard Liam McCullough needs Aidan’s help to complete the courier’s mission: to deliver a Swiss bank account to a nomadic tribe.
Aidan is moved by the idea that the money will provide schools and health care for the drought-stricken tribe. But his financial desperation, and a passionate kiss from the bodyguard, seal the deal. The courier’s killer, though, a young Libyan intelligence agent, his girlfriend and his boss, are determined to stop them from achieving their goal.
Liam and Aidan must rely on unlikely allies, including a tour guide, a gay hotel clerk, a motorcycle-riding young woman and a camel driver, if they are to succeed. They make mistakes and suffer through narrow misses, all the while turning an initial attraction into sexual desire and affectionate respect.
Once Liam understands what’s at stake, he must call for help on the very SEAL team that engineered his departure from the military once he revealed his sexual orientation to them. In the chaos that ensues when the training facility is destroyed, there is a chance that Aidan and Liam will lose each other forever.
The ending is both action-packed and deeply romantic, as SEALs battle terrorists and everything changes.